The government is continuing the old party practice of cutting ribbons at half-finished public works in order to demonstrate their efficiency. 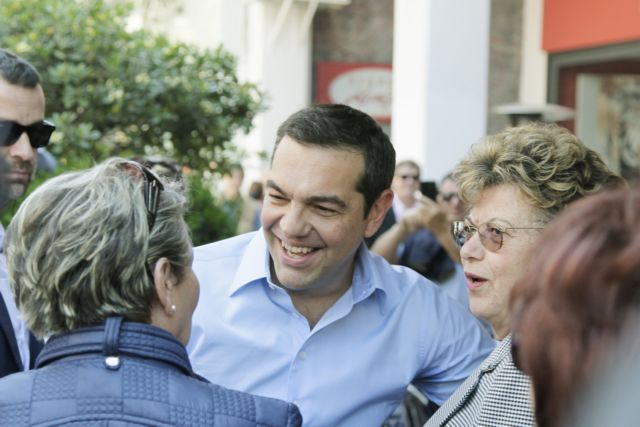 Eurogroup finance ministers and Bank of Greece Governor Yannis Stournaras may be ringing the alarm bell regarding the fiscal consequences of a barrage of handouts that the government is announcing, but it appears that the PM’s office has decided to press forward anyway in order to change the negative political climate.

The government is adopting the methods of the most corrupt periods of old party politics. With last-minute pre-electoral legislation it is handing out benefits and selective wage hikes, serving wherever possible the interests of as many as it can.

After the electoral benefit, which they dubbed “13th [monthly] pension», they handed out an extraordinary benefit to prison guards, employees of auditing organs, and coroners.

They renewed the contracts of Parliament employees for three years instead of the regular two.

They promised cleaning women a 10 percent wage hike and a two-year contract.

Meanwhile, they are continuing the old party practice of cutting ribbons at half-finished public works in order to demonstrate their efficiency.

The government inaugurated the Thessaloniki Metro for a second time even though it is scheduled to be completed at the end of 2020!

The government’s propaganda machine has set up a cottage industry of pledges and of skewing and slandering the positions of the opposition.

This is part of a relentless race to limit SYRIZA’s losses at the ballot box and brings to mind the worst electoral contests in recent decades.

SYRIZA rose to power by handing out promises and hopes on the one hand and on the other depicting itself as the party that will bring something new to political life.

.Instead, it has proven daily that despite its acrobatics and mandatory adjustment, its core remains unchanged.

It is continuing to do what it does well. Having milked society with super-large primary surpluses, it dons the cloak of protector of the poor and downtrodden, distributing benefits and promises.

SYRIZA adopts the most old-party prescriptions, embraces the vicious representatives of unions, accuses and targets it enemies, and cultivates polarisation and division.

The result is that a week before elections the country instead of talking about the future is preoccupied with the past.
The economy and society cannot hope for a better tomorrow based on deceptive gifts.

With the methods of the past, we will carry on without prospects for the future.