The crime comes at a time that the Greek community on the island has begun growing after a long period of desolation, following the forced great exodus of the 1960s. 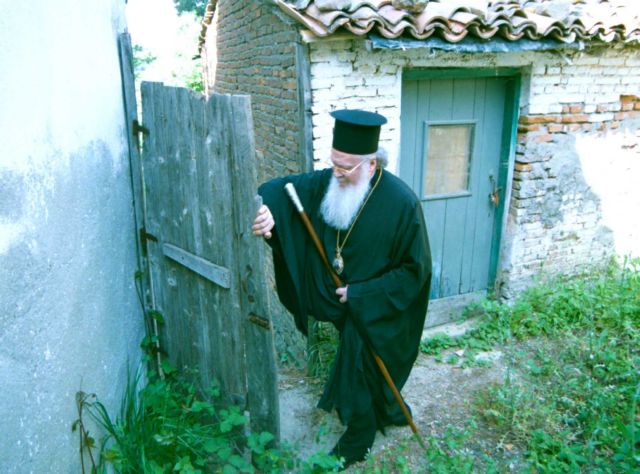 The Greek community of the island of Imvros (Gokceada in Turkish) was shaken by the brutal murder of 86-year-old Vasilis Pinaris in his agricultural home on the outskirts of the village of Evlambio.

Pinaris lived alone and a neighbour who brought him food daily found the octogenarian on his bed with face bloodied and with his hands and feet tied. The body was taken to the city of Bursa for an autopsy.

The Mayor of Gokceada offered his condolences.

Turkish media reported that one individual has been arrested and three remanded in custody in connection with the brutal murder.

Locals reported that the murderers had dug outside the house which led some to believe that they may have been seeking hidden money, though there is no evidence of that as yet.

The crime comes at a time that the Greek community on the island has begun growing and flourishing after a long period of desolation, following the great exodus of the island’s Greeks, about 2,500 residents, in the mid-1960’s when their land was expropriated by the Turkish state.

Whereas for many decades only a few dozen mostly elderly Greeks remained, the gradual liberalisation of policy beginning around 2010 under Erdogan led to a truly miraculous renaissance, with 500-600 Imvriot Greeks now living on the island for at least six months a year and many hundreds of diaspora Imvriots returning to their ancestral homeland in the summers.

The crucial factor that allowed the return was the permission granted by Turkish authorities for the rebuilding of schools that were shut in the 1960’s, first a kindergarten and grade school and then in 2015 a high school (lyceum).
The strong support of Ecumenical Patriatrch Vartholomeos (file photo on Imvros) who was born and raised on Imvros was crtical in bringing about what can only be called as small miracle.

Through fierce legal battles in the Turkish and European courts, dozens of Imvriots regained properties that were seized by the Turkish state in the 1960’s, when in what was clearly a state plan all the agricultural land of the population of Greek farmers was seized and they could no longer make a living there.

The sums of compensation per hectare were the equivalent of the price of two dozen eggs.

In that period, Turkish authorities also established an open prison with violent convicts who freely strolled the island stirred terror in the local population. There were several incidents of rape and murder.

The coup de grace for the community was the closure of Greek schools by Turkish authorities.