Editorial: Benefits with a view to elections

It is clear that the money for the fiscal package announced yesterday comes mainly from two sources: over-taxation and a steady reduction in public investment. 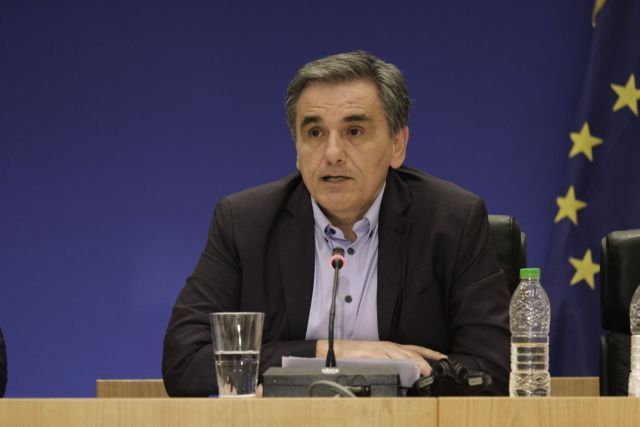 The aim of the benefits announced yesterday by Prime Minister Alexis Tsipras is clear and specific.

Under pressure after it was revealed that he vacationed last August on a shipowner’s yacht, the PM hastily presented his already planned fiscal stimulus package in an effort to change the unfavourable political climate.

The pre-electoral measures are directed toward specific social groups which SYRIZA relies on for support.

The cut in the VAT tax on food and restaurants and on electricity and gas bills as well as an annual bonus of half of a month’s pension annually for retirees is targeting a solid group of voters who have turned their back on SYRIZA.

It was to be expected that the government would target pensioners as they comprise one-third of the electorate. It is patently obvious that the bonus for pensioners was given with a view to the ballot box that will be held in less than three weeks (as pensioners will get it for the first time before the elections).

However, salaried employees, who have been hit much more by the crisis, have been excluded from the immediate measures and are expected to get some small benefits or tax breaks in the future.

Tsakalotos argued that exceeding primary surplus targets was not a political choice with the objective of distributing benefits and handouts.

Still, it is clear that the money for the fiscal package announced yesterday comes mainly from two sources: over-taxation and a steady reduction in public investment.

Given the electoral character of the announced measures the government  attempted to reassure creditors by putting aside 5.5bn euros in an escrow account as an “extra guarantee” that the national debt will be serviced punctually.

The idea is to fend off the possible objections of creditors who might well say that the package undermines existing agreements.

As necessary as the measures and the benefit for pensioners may be for the social groups suffering most due to the crisis, they do not suffice to change the terrain in the economy or society.

Greece desperately needs a major push toward growth in order to have the prospect of looking to the future with some degree of optimism.

It needs a bold overhaul of the productive base of the economy.

Piecemeal benefits may have a fleeting utility, especially for a government confronted with the prospect of an electoral trouncing.

Although these measures may cultivate expectations they do not change the big picture.