Huge challenges for next Archbishop of America after Demetrios’ resignation

Demetrios’ began his twenty-year tenure as a peacemaker who successfully united a Church torn by divisions and by forceful and by demands for greater lay participation in governing the Church. 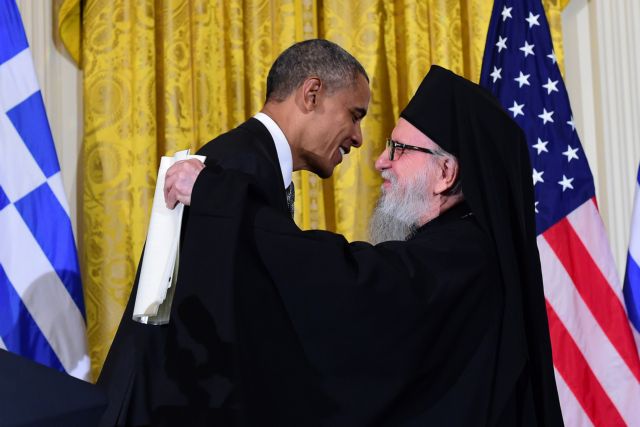 Greek Orthodox Archbishop Demetrios of America assumed his position as a result of a revolt in the body of the Church and he is now stepping down largely as the result of a major financial scandal that has rocked the nearly bankrupted the Archdiocese and scandalised the flock.

On 4 May in the Phanar (Fener) section of Istanbul Demetrios at a meeting with the man who chose him for the position, Ecumenical Patriarch Vartholomeos, finally tendered his written resignation from the throne of the patriarchate’s largest and most prosperous eparchy, the jewel in the crown of the Patriarchate of Constantinople.

Demetrios had received three extensions to submit his resignation, the last at a December, 2018, meeting with the Patriarch in Geneva, when he assured Vartholomeos that he would resign after Easter. His request for yet another extension was not granted.

The Holy Synod of the Ecumenical Patriarchate is expected to elect a successor at its 9-11 May meetings.

The exit is an inglorious end of the tenure of a hierarch who throughout his life has enjoyed the utmost respect as one of the top Eastern Orthodox theologians of the 20th century.

His work on the early Christian theologian and philosopher Justin Martyr is considered seminal.

When he received his Ph.D. (jointly from Harvard’s Divinity School and Philosophy Department in 1972) the faculty had not seen such a high GPA in a quarter of a century.

His universally acknowledged ethos was epitomised by his refusal in 1968 to accept his election as Metropolitan Bishop of Attica, by far the largest and wealthiest diocese in the Orthodox Church of Greece, because the Synod that elected him was packed by the Greek junta and thus was uncanonical.

The beginning of the end for Demetrios was a scandal concerning the management of Archdiocese finances, which was demonstrated in a bombshell report by Grant Thornton, which identified a long list of bad business practices which abolished to a large degree any sense of transparency.

The local Greek-American press reported a deficit of $8.5mn

The $150,000 audit was commissioned by the Archdiocese and paid for by prominent businessman and archdiocesan council treasurer Michael Psaros.

In December, 2017, Grant Thornton submitted to the Archdiocese its fiscal “Operational Review” of the financial procedures and management.

“We noted that policies and procedures have not been documented regarding approvals for wire payments and, as a result, we were not able to determine whether approvals were appropriate for transfers from restricted accounts to unrestricted accounts. In addition, at the time of our review, the Archdiocese had not documented and implemented an adequate internal control system for the proper management of receipts, disbursements, procurement, budgeting, wire payments, and corporate credit cards. As a result, there is a risk of ineffective cash management, lack of transparency, and loss of short term/long term liquidity,”the executive summary of the report stated.”

The dire economic straits of the Archdiocese led to the improper use of at least $3.5mn in donations for the construction of the Greek Orthodox Shrine of Saint Nicholas on land owned by the New York Port Authority on Ground Zero in Manhattan to cover deficits in the Achdiocese’s budget.

The shrine is to replace the nearby Greek Orthodox church of the same name which was destroyed in the 9/11 attacks. Both for the state and for the church the shrine symbolises the resilience of faith, peace, and hope.
However, construction of the church, and the decision that it be designed by renowned Spanish architect Santiago Calatrava, who also designed the Athens 2004 Olympics stadium, blew the budget out of the water. Those in the know say that it was the late Michael Jaharis, by far the greatest benefactor of the Archdiocese, who pushed for Calatrava to undertake the project.

Both New York Governor Andrew Cuomo and New York Port Authority executive director Rick Cotton in April expressed a keen desire to see the project finished without taxpayer money. There is an effort underway to mobilise wealthy Greek-Americans, such as supermarket mogul John Catsimatidis, to contribute to the completion of the church, presumably under their supervision.

A New York Post report cited the Greek-American National Herald newspaper, which stated that as much as $15mn has gone missing.

“The state Attorney General’s Office is also investigating, reported the paper, which said as much as $15 million has gone missing from the construction accounts for the half-built church, to be called the St. Nicholas Greek Orthodox Church and National Shrine.The project is funded by tens of millions in private donations,” the New York Post article stated.

“Meanwhile, the project’s price tag has soared from $30 million to $80 million. And work came to a standstill in December when the archdiocese was unable to pay the contractor. The shrine was supposed to be completed in 2016,” it added.

The donors were up in arms, the executive director (Jerry Dimitriou) and the chief financial officer of the Archdiocese resigned before the issuance of the Grant Thornton report (not only due to the shrine), and about one-third of the staff were laid off for financial reasons.

Dimitriou, who had served the Archdiocese for 30 years lashed out at the archbishop, accusing him of letting him become the fall man even though he knew everything.

“Did we not work together, with Fr. Alex Karloutsos, Michael Jaharis and many other dedicated individuals over these past 17 years to fight for St. Nicholas Greek Orthodox Church at the World Trade Center? Did you and the committee you appointed not choose Santiago Calatrava as the Architect to build the Church? Did you not agree to all the design changes that were made by Mr. Calatrava? Did I not advise you and others that those changes would cost millions of extra dollars; dollars that would have to be raised and dollars that were not in the budget? Did you not sit in meetings with Mr. Calatrava discussing and ultimately agreeing to those changes and cost increases? Were you not told, before Mr. Calatrava was chosen, that if you choose him as the design Architect, the budget would surely be at least double what was originally estimated? If you were not aware of these financial situations of our Archdiocese as you claim, then who was the Archbishop I was working very close with these past 17 years? Who was the Archbishop that I considered a spiritual father and leader these past 17 years? Who was I serving, taking personal attacks for and standing up for these past 17 years? Who was the Archbishop I met with and spoke to thousands of times when we made these, sometimes very difficult, decisions?” the letter, which was also sent to Vartholomeos, stated.

Demetrios’ began his twenty-year tenure as a peacemaker who successfully united a Church torn by divisions and by forceful and by demands for greater lay participation in governing the Church. That push was led by a small but vociferous group called Orthodox Christian laity, which advocated sweeping reforms.

Then Archbishop Spyridon was forced into resignation when a highly organised opposition in the Church led a revolt against what they viewed as his arrogant and authoritarian leadership style. That push was led by a small but vociferous group called Orthodox Christian laity, which advocated sweeping reforms.

At 92 Demetrios might well have considered the prospect of a well-reserved retirement but in the Eastern Orthodox Church the bishop married to his diocese until death do them part, and he fought to remain, despite the strong pressures from the Ecumenical Patriarchate, in the belief that he was the man to unravel and remedy a scandal that occurred on his watch.