‘A most sacred shrine of the Ecumenical Patriarchate and of the Greeks of Pontus, but also a monument of world religious and cultural heritage, was offered for purposes that do not befit its religious character and history,’ Vartholomeos wrote. 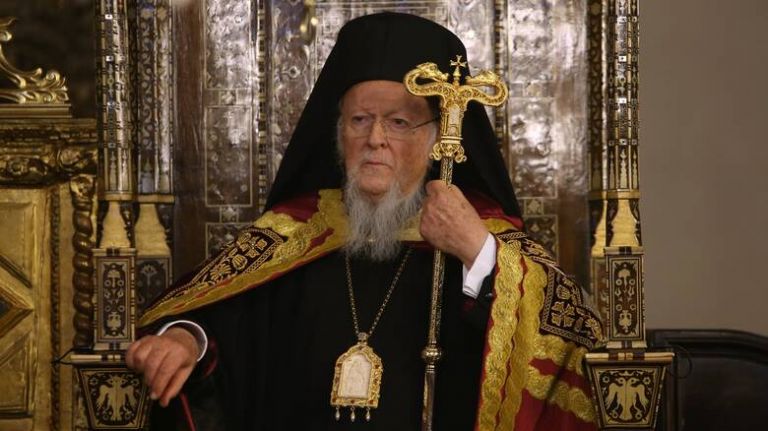 Ecumenical Patriarch Vartholomeos has sent a letter to Turkish Culture and Tourism Minister Mehmet Nuri Ersoy denouncing the ministry’s move to desecrate one of Eastern Orthodoxy’s most sacred shrines, the monastery of Soumela in Trebizond, Turkey, by granting permission to film a television ad with frenzied young people dancing as a DJ on screen plays music.

In his letter, the patriarch denounces the desecration.

“The Patriarchal and Stavropegial Monastery of Panagia Soumela in Trebizond, a most sacred shrine of the Ecumenical Patriarchate and of the Greeks of Pontus, but also a monument of world religious and cultural heritage, was offered for purposes that do not befit its religious character and history,” Vartholomeos wrote.

The Soumela Monastery is currently a museum under the jurisdiction of Turkey’s ministry of culture and tourism, which is responsible for its proper management and protection.

In 1998, the Greek Parliament recognised the genocide of the Pontic Greek population carried out by the Turks and made 19 May a day of commemoration.

The Panaghia [Virgin Mary] Soumela icon was taken to Greece when Pontian Greeks fled and is viewed a national symbol.

Years ago, on New Year’s Eve, a similar incident occurred involving Hagia Sophia, one of the greatest cathedrals of Christendom and then a museum, and Vartholomeos sent a strong complaint to the then competent minister, who revoked the permission he had granted.

President Katerina Sakellaropoulou expressed her shock regarding the desecration in remarks at the Byzantine Museum in Athens, where she inaugurated an exhibition entitled “For the faith and the fatherland: The contribution of the Church in the [liberation] Struggle of 1821”.

Speaking about the role of the museum she bemoaned the recent incident in Turkey.

“This is a place of art and memory, an ark not only of the artefacts borne of religious faith, but also of national symbols, such as the icon of Panaghia Soumela. I mention it today, shocked by the recent desecration of this monument of world cultural heritage. It is an icon that Hellenism, especially Pontian, considers an inextricable part of its identity, as it depicts the Mother of God, its guide and protectress during the painful adventure of being uprooted and becoming refugees. The icon was exhibited for 20 years in this space [the Byzantine Museum], which today is offering the rare and valued exhibition I am inaugurating,” Sakellaropoulou said.