The aim is to protect them, but also to combat insects that are harmful to crops instead of using toxic insecticides. The cost will be covered by the NSRF and reaches 2,250,000 euros 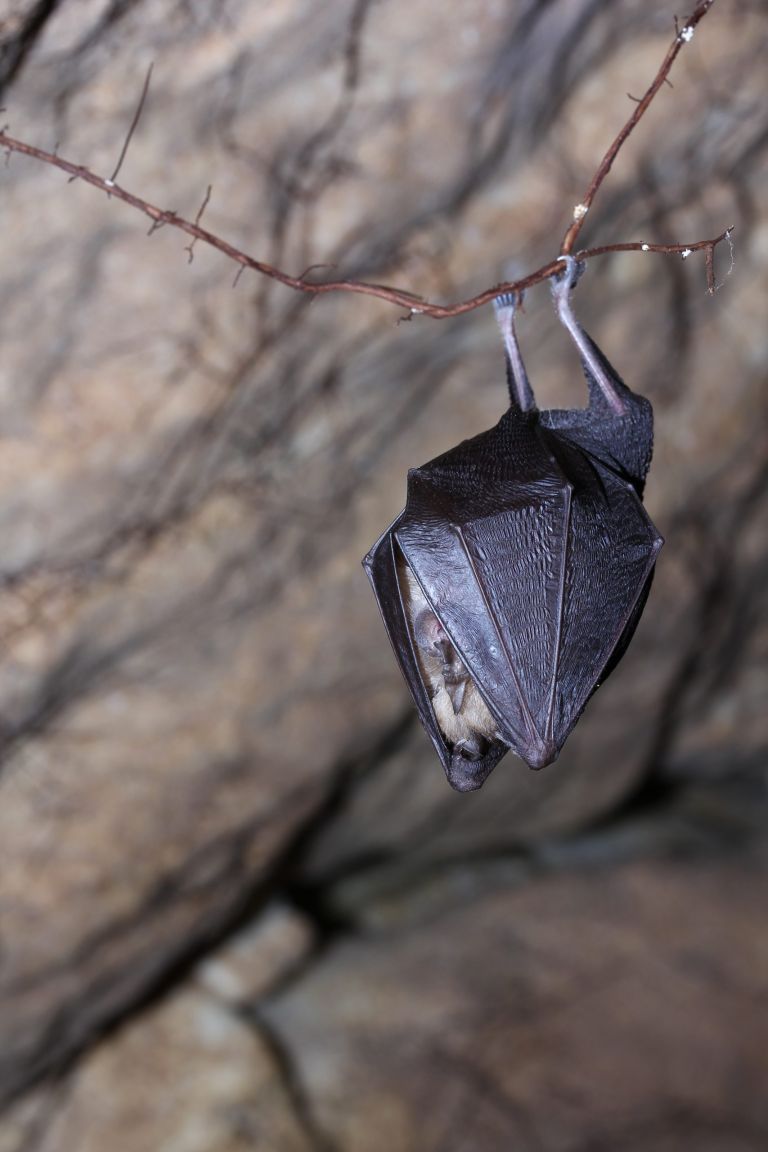 A plan for the protection of bats, but also of crops from harmful insects that threaten production is being prepared by the Organization for Natural Environment and Climate Change (OFYPEKA), a body supervised by the Ministry of Environment and Energy. In particular, the action includes the supply and installation of 5,000 artificial shelters for bats, which will be placed in lowland rural areas of the country with priority in places where there are no trees or other suitable places that can be used by bats as shelters. The action, which will be implemented by OFYPEKA, has a budget of 2,250,000 euros, a budget that will come from the operational program “Transport Infrastructure, Environment and Sustainable Development” (OP-YMEPERAA 2021-2027).

Bats are the most important regulators of nocturnal insect populations — many of which are harmful to crops or even humans — and the creation of shelters on farmland is expected to increase their use as feeding grounds. Thus the different types of bats will act for the benefit of the farmers as they will consume insects harmful to agriculture. In the second year this action is expected to lead to a reduction in the use of insecticides and pesticides and the conversion of conventional fields to organic farming. 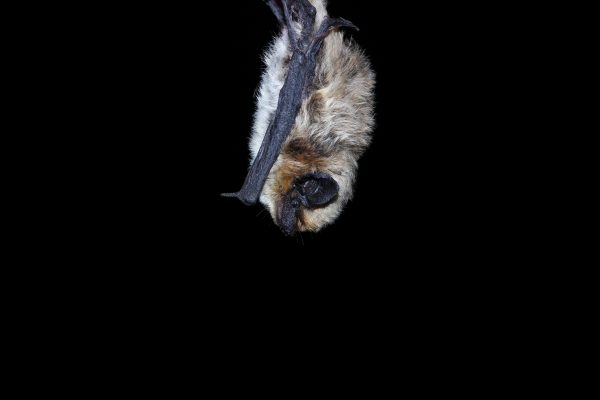 At the same time, OFYPEKA is promoting a second action for the protection of caves and consequently bats, with a budget of 1,000,000 euros. It is based on the framework of priority actions for the NATURA 2000 network in Greece of the LIFE project – IP-4-NATURA– and the Action Plan for the bat caves prepared by the LIFE GRECABAT project and will include the installation of a new or replacement of the existing fencing in 50 caves of the country, which are considered important for the fauna that host and lie in protected areas.

It concerns caves that have not been arranged for tourism (type 8310 based on the European Habitats Directive 92/43 / EEC) and are under pressure from uncontrolled visits and interventions, but also to tourist caves or caves with high archaeological or palaeontological value, which have been fenced in a way harmful to the fauna and the cave environment in general.

One such example is the Cyclops Cave of Polyphemus of Maronia in Komotini, in which fences that are sometimes placed to protect archaeological finds make it difficult for bats to pass, and are often injured. In other caves, the colonies of bats abandoned them due to the tourist arrangement such as the caves of Alistrati, Serres, Perama, Ioannina, etc. 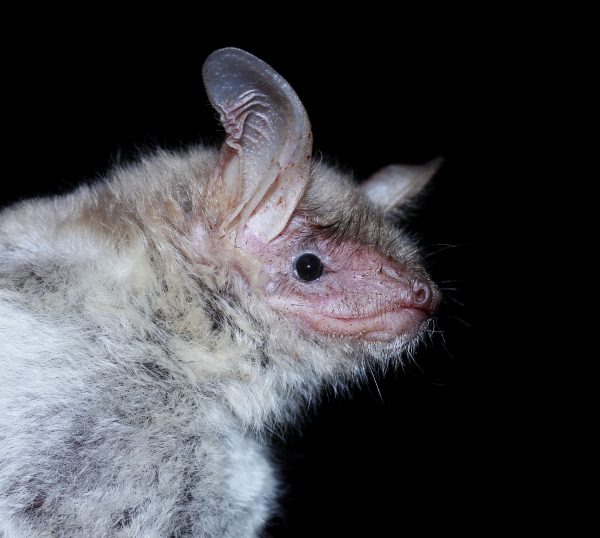 According to doctor of environmental biology Panagiotis Georgiakakis, collaborator of the Museum of Natural History of the University of Crete, one of the most important pressures and threats to the species is the prevention of  the entry or exit of animals to and from their shelter. “It has happened from time to time with the installation of unsuitable railings to control or prevent visitors from entering archeological or other caves, mines or other underground shelters. When these structures are not properly constructed, they may trap the bats that use it inside the shelter, leading them to dehydration, starvation and certain death.” According to Dr. Georgakakis, in some cases (eg in the galleries in Kimmeria, Xanthi) the entrance is completely blocked by earthmoving equipment.

Also, killing animals can be caused even due to nuisance, either by speleologists, cave explorers, etc. or from any human presence in the mother colonies.

The execution of technical works and tasks such as the opening of roads, etc. can also have significant effects.

In Greece from 2018 the LIFE GRECABAT project “Greek Caves and Bats: Management Actions and Behavior Change” is implemented, which aims to improve the conservation status of ten species of bats and 8 selected caves, while helping the survival of the unique cave fauna. In particular, the program promotes, among other actions, the institutionalization of the protection of species and their habitats, the information and awareness of the social partners and the general public, the science knowledge of citizens, but also the development of new technologies, such as advanced monitoring systems and early warning for cave life and open source autonomous digital devices for recording environmental parameters for the monitoring of caves.

The project, to be completed in 2023, is co-financed by the European Commission’s LIFE funding tool and from the Green Fund (INSPEE) and ATEPE Ecosystem Management. In fact, it is noteworthy that the scientists of LIFE GRECABAT located in the Cave of Lakes in Kastria, Achaia, one of the most important winter colonies in Greece and one of the most important in Europe, with more than 18,000 common bentwing bats (Miniopterus schreibersi), but also of various species. different seasons of the year. 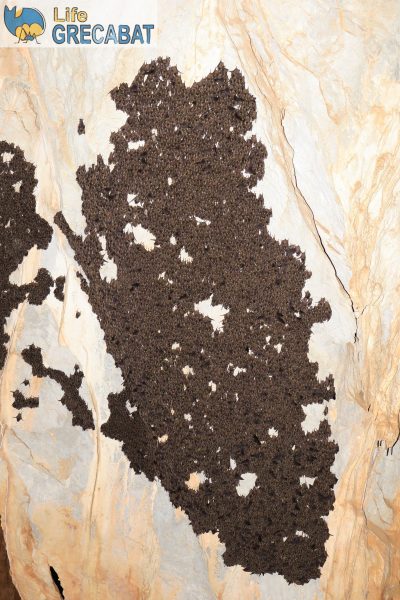 The “who is who” of bats

Bats are the only flying mammals on the planet and are the 2nd largest group of mammals with over 1,400 species. In Greece, 36 species of bats are recorded. These are strictly protected. Most bats live in dark places to hibernate, give birth, mate, or just rest. Such places are caves, mines, hollows and tree trunks, and even lofts and churches. Some, however, hang from the branches of trees, or hide in their leaves.

Bats are considered important for controlling the number of insects. Each one eats hundreds or even thousands of insects, some of which are parasites on crops (beetles, moths, etc.), or annoying insects and disease carriers (mosquitoes, gnats, etc.). Many species are critical for plant pollination and seed dispersal. That is why they are considered very important for the regeneration of forests and other ecosystems, but also  important for agricultural plants.