Tsipras tables ‘no confidence’ motion against Greek gov’t in Parliament 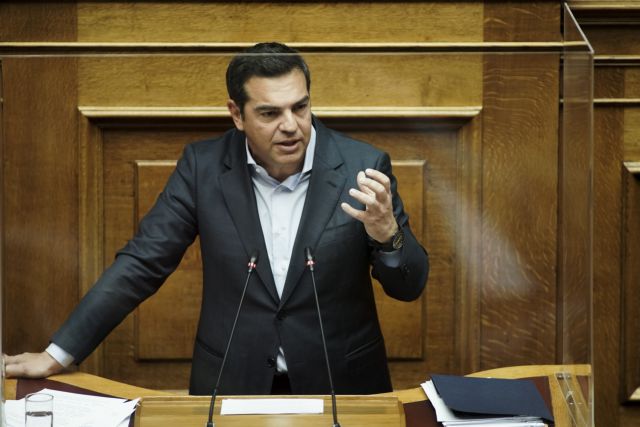 Greece’s main opposition leader, former premier Alexis Tsipras, tabled a “no confidence” motion in Parliament on Thursday morning, accusing Kyriakos Mitsotakis’ center-right government of botching the state’s reaction this week to a heavy snow storm in the country, especially the greater Athens area, as well as failing to contain the Covid-19 pandemic.

Although the Mitsotakis government is expected to easily survive the motion, given that a majority of ruling New Democracy (ND) deputies sit in the 300-MP Parliament, the move nevertheless signals an even sharper opposition by Tsipras’ leftist SYRIZA party, heading into a party conference in late February to early March 2022 that will determine the latter’s political future as well.

Tsipras, whose once virulently anti-bailout and anti-EU SYRIZA party continues to trail in opinion polls behind Mitsotakis’ ND, also referred to resurgent inflation, which he said the government has not taken measures.