Pikrammenos served as Chief Justice of the Council of State, Greece’s supreme administrative court, between 2 July, 2009, and 16 May, 2012. 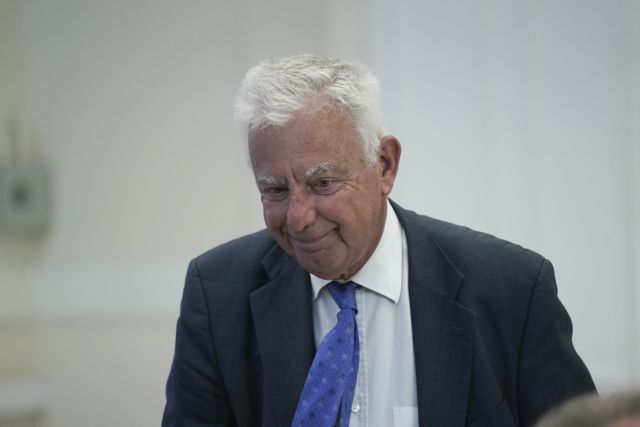 Mitsotakis described the choice as emblematic of his desire to open up the party to excellent candidates who are not career politicians and who can contribute to implementing a reform programme.

The statewide ticket was designed to allow highly qualified candidates to enter public service without the rough-and-tumble process of an election campaign. Candidates on that ticket do not receive voters’ preference crosses but instead are elected in the order in which their name appears on the ticket based on the party’s nationwide percentage.

Thus, Pikrammenos has been given a safe parliamentary seat.

Pikrammenos served as Chief Justice of the Council of State, Greece’s supreme administrative court, between 2 July, 2009, and 16 May, 2012.

As chief of one of the country’s three high courts Pikrammenos was tapped on 16 May, 2012, to serve as caretaker prime minister, succeeding Loukas Papademos, a former ECB VP, in the run up to the general election of 6 May, 2012, in which ND leader Antonis Samaras placed first and formed a coalition government with Pasok leader Evangelos Venizelos.

Pikrammenos was the only non-career politician of the 10 individuals that Parliament voted should be further probed in the Novartis scandal. His case file has been closed for lack of evidence.

Parliament also voted that Samaras be probed in the framework of the Novartis investigation and judicial sources have for weeks said that his case will also be shut for lack of evidence.

In a dramatic and tearful apologia in Parliament on 21 February, 2018,  Pikrammenos had declared that a pristine record of public service spanning over four decades had been besmirched without any evidence of wrongdoing.

“In my person it is not the caretaker PM of a few days who is being charged but rather the then president of the Council of State. I am being charged that as an active judge I was bribed,” Pikrammenos told Parliament.

“Honestly, I would have expected greater respect toward my person as we kept the country on its feet in very trying moments. The caretaker government of 2012 was called upon to address very serious problems, some of which have not become known, such as the country’s tense relations with the EU, bank recaps, a blackout danger, and huge daily withdrawals from banks. The basic duty of the government was to lead the country to smooth elections. I think elections were held smoothly at the time and there was never any complaint,” he underlined.

Since then, New Democracy has cited the case of Pikrammenos as evidence that SYRIZA conducted a political witch hunt and organised a conspiracy in coordination with the judiciary to annihilate the government’s political opponents.

Mitsotakis tapped stage and screen actor and director Konstantinos Markoulakis to take the honorary last slot on the statewide ticket – from which one cannot receive a parliamentary seat – which symbolises support for the party.