A country that aspires to play a substantial, leading role on the global energy map has a duty above all to create a secure environment for the exploitation and transfer of energy deposits. 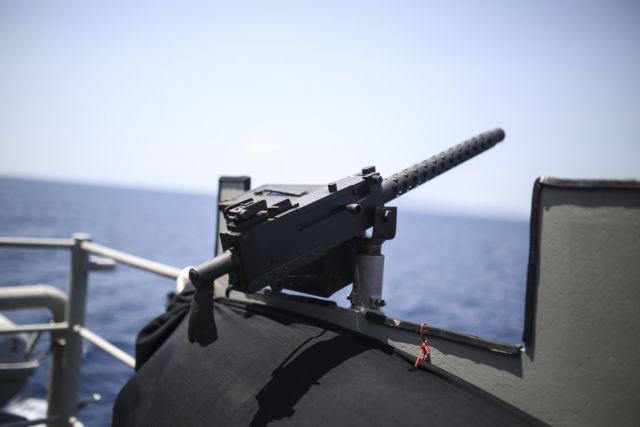 Only dreamers could have really believed that drilling for and exploiting hydrocarbons would have been an easy affair.

Similarly, one must view as dreamers those who envision global energy roles and loads of revenues without fully assuming the responsibilities that these roles entail.

Unfortunately, in our country at times we build castles in the sand and cultivate salvation myths, ignoring international experience and realities.

The truth is that there is no exploitation of energy resources on the planet without clashes and international disputes.

In Greece, many imagine our country as a global energy player but no one discusses exhaustively and in an organised manner the duties that are attached to such a role.

A country that aspires to play a substantial, leading role on the global energy map has a duty above all to create a secure environment for the exploitation and transfer of energy deposits.

For that to happen, beyond the necessary alliances that must be built a country has a duty to develop the forces that will ensure the security of the effort.

Drilling for and exploiting hydrocarbons without a strong Air Force, without a battle-worthy Navy, and without credible intelligence collection networks is inconceivable in the contemporary world.

The truth be told, Greece’s forces are inadequate for such an international role.

In fact, they are barely adequate to meet national needs following the regional imbalances that have arisen over recent years and the major military spending of our competitive if not outright hostile neighbour – Turkey.

To secure the necessary level of security to back a new role on the international energy chessboard one obviously needs additional resources and forces that are currently lacking and that no ally, however loyal and powerful, is prepared to offer.

In that sense, the choice of making Greece a strong international energy player is neither simple nor easily manageable.

Before we start we have a duty to be cognizant of the weight and intensity of the choice.

It is necessary to conduct a domestic dialogue on all aspects of such an endeavour – national, military, economic, geopolitical, and ecological – so that we can become acquainted with all the parameters and be suitably prepared.

This has not occurred so far and that is why we are surprised when we are confronted with Turkey’s aggressiveness and demands.

That is also the reason we are enraged when we witness the guarded stance of our partners and the distance of our allies.

Now is the time to clear up domestically what we really want and how we can achieve it.