Cavusoglu said that Ankara’s sole desire is to share the hydrocarbons around Cyprus and in the Mediterranean, which effectively means laying claim to a portion of the offshore wealth of the Republic of Cyprus. 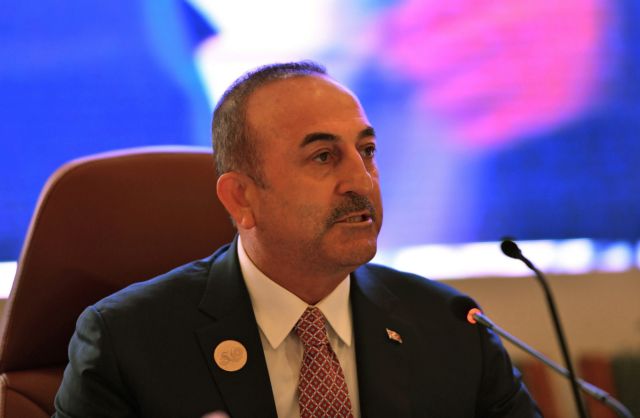 Turkish Foreign Minister Mevlut Cavusoglu has told the Parliamentary Assembly of the Mediterranean that Ankara’s activity in the Exclusive Economic Zone [EEZ] of the Republic of Cyprus aims to “guarantee that the rights of the Turkish-Cypriots are accepted by the Greek-Cypriot administration, Greece, the EU, and everyone else”.

The statement comes on the heels of an 18 June EU General Affairs Council decision condemning Ankara’s violations of Cyprus’ sovereign rights in its EEZ and asking the European Commission to table possible sanctions against Ankara.

The US has repeatedly declared its respect for Cyprus’ sovereign right to conduct gas and oil exploration in its own EEZ in accord with international law.

Turkey lashes out at EU

The Turkish foreign ministry responded to the EU’s warnings and threatened sanctions with a defiant message.

“The EU by positioning itself as a court and attempting to render a judgment on bilateral disputes related to sovereignty under the pretext of “Union solidarity” and issuing politically motivated biased statements with regard to sensitive issues such as maritime boundary delimitation that comprise extremely technical dimensions, does not serve regional peace and stability.”

Cavusoglu said that Ankara’s sole desire is to share the hydrocarbons around Cyprus and in the Mediterranean, which effectively means laying claim to a portion of the offshore wealth of the Republic of Cyprus, which is the sole internationally recognised governmental authority on the island and was admitted to the EU in its entirety in 2004 – with the European acquis (laws and regulations) suspended in the Turkish-occupied north pending a settlement of the Cyprus problem.

“The only thing that we want is to place under guarantee the rights of the Turkish-Cypriot people which are accepted by everyone – the EU, the Greek-Cypriot side, and Greece. Are we asking for too much? It is so simple. We will learn to share. When we abide by justice and share then the solution comes and no problem is created in dividing up energy sources. Certainly, we shall continue our efforts on this issue,” Cavusoglu said.