The draft code is the result of consultations over several years in legislative committees in cooperation with law professors, judges, prosecutors, and bar associations. 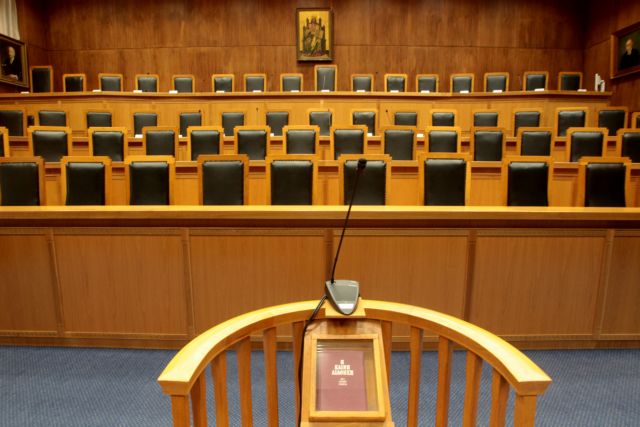 The two codes are to come into effect on 1 July.

The two draft codes are the result of consultations over several years in preparatory legislative committees in cooperation with academics from all of the country’s law schools and representatives of associations of judges and prosecutors and of bar associations nationwide.

It is considered the biggest revamping of the criminal code in 70 years and the aim is to establish updated crime-fighting provisions along with strong guarantees of rights that are intended to expedite the meting out of just and to improve prison conditions.

Changes to the current criminal code include stiffer penalties for racist crimes and measures regarding suspended sentences, house arrest, community service, conditional release, and the legal treatment of minors.

The new criminal code also aligns penalties for the bribery of public officials with the terms of international conventions to which Greece is a party.

The code also increases the prison term for heads of criminal organisations to 15 years.

Provisions regarding the protection of minors were made stricter and aligned with Greece’s international legal obligations.

As regards theft and property damage (as occurs in frequent rampages of hooded youths) such crimes will be in the first instance automatically prosecuted and will not require that a citizen file suit, but the prosecution can later be halted if the victim does not file suit.

The new criminal code also provides for automatic prosecution of the felony of breach of duty in the private sector so as to avert mismanagement or embezzlement by administrative organs of large businesses and organisations.

There is also a new provision that the civil law demands and rights of a victim will not be affected in cases in which the charge is reduced from a felony to a misdemeanour.

In addition, various cases involving the merger of penalties and the determination of the overall penalty that have clogged the dockets of three-judge and five-judge criminal appellate courts will now be tried by one-judge appellate courts.

In the same vein, single-judge misdemeanor courts will try cases with a prison term of up to three years, so that groundless lawsuits and petitions for the lifting of asset seizures can be ordered directly by a prosecutor so as to expedite the meting out of justice and so as not to burden judicial councils with routine cases.

The new code stipulates that punishment for crimes that are morally and socially heinous (crimes that are punished with life sentences, felonies concerning reproductive freedom and exploitation) is not subject to negotiation.

Moreover, at the prosecutor’s discretion a case can be judged unsuitable for any plea bargaining based on the circumstances under which the crime was committed or the personality of the person charged.

Finally, the new code gives the accused the right to request time to counter the charges “if during evidentiary procedures new circumstances arise which can lead to commuting the sentence”.