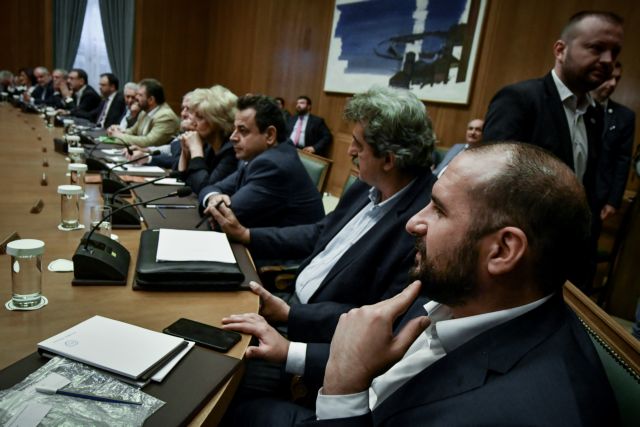 Ignoring New Democracy warnings that the appointments can be annulled after the fact by the Council of State, the cabinet today nominated the next Chief Justice and Chief Prosecutor of the Supreme Court as well as three vice-presidents of the Council of State.

They will replacing judges and a prosecutor retiring on 30 June.

“The outgoing government despite the opposition’s timely warning that it lacks the legitimacy to make any decision beyond those concerning day-to-day affairs, given the fact that it has proclaimed an election, today proceeded with the unconstitutional appointment of a new Chief Justice and Prosecutor of the Supreme Court,” New Democracy said in a written statement.

“This is an institutionally unprecedented decision which involves in an unacceptable manner the President of the Republic as he must now decide if he will approve an institutionally illegal and unconstitutional action, as the country’s legal experts have said.”

Tsipras said the main opposition shows no interest «for the independence of justice, the constitution and the laws,» sources said, and blamed the party for «arrogance and deep contempt of democratic institutions.»

New Democracy says the appointments in a pre-electoral period are unconstitutional.

PM Alexis Tsipras underlined that the process was both constitutional and mandatory as it had already begun long before the European elections last Sunday, by a conference of of presidents of parliament including all parties, which heard specific nominations in a pre-selection process.

He added that he had asked Minister of Justice Michalis Kalogirou to send a letter to the main opposition, seeking a consensual solution, out of what he termed ethical and democratic sensitivity.

«We asked for consensus so that no one can falsely claim that every government can use the standing judicial leadership as a tool. I was hoping ND would have calculated the political cost of a rejection, and not made that choice.»

Tsipras then attacked ND leadership for its rejection, which «reveals some serious political ulterior motives,» and that the main opposition is «dreaming of a comeback so that it can control critical institutions, protect its own interests and seek political revenge.»

The premier concluded by saying that citizens should «draw their own conclusions from New Democracy’s attitude and judge for themselves.»


Government spokesman Dimitris Tzanakopoulos criticised the main opposition for «political motivations» and «a direct attack on the independence of justice», following the cabinet meeting, and provided further details on the nominations at the country’s Supreme Court.

Tzanakopoulos said that the cabinet had proceeded to nominations after the refusal of New Democracy (ND) to meet with ruling SYRIZA government on a consensus agreement.

The nominations, which need to be approved by Greek President Prokopios Pavlopoulos, are people preselected by the Greek parliament’s presidium and enjoy wide acclaim, he said.

Pavlopoulos’ office refused to clarify if he will sign the necessary Presidential Decree.