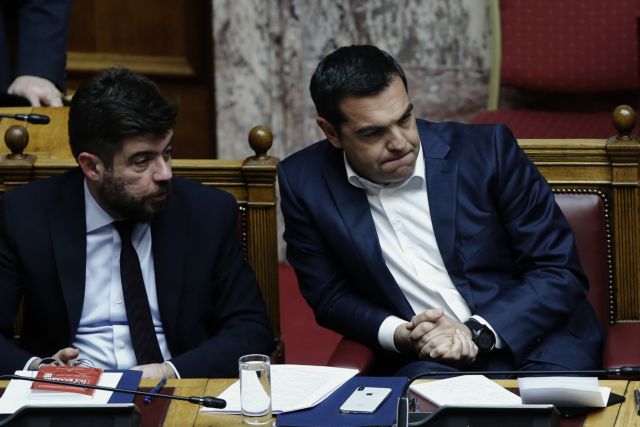 A top advisor to main opposition New Democracy leader Kyriakos Mitsotakis has warned that if the government during its last week in office appoints the new Supreme Court Chief Justice and Prosecutor after their term ends on 30 June and President Prokopis Pavlopoulos signs the necessary Presidential Decree, that could trigger a constitutional crisis.

Their successors are picked by an Act of the Cabinet which chooses from among three candidates chosen by an inter-party parliamentary conference and the Act is signed and sealed in a Presidential Decree.

George Gerapetritis, a constitutional law professor who has served as chief coordinator of Mitsotakis’ advisors told Alpha television on 30 May that if Pavlopoulos signs the Presidential Decree approving appointments made by the government then the decree can be annulled by the Council of State on constitutional grounds.

That view was echoed verbatim in a statement issued by the party.

Role of Council of State

The Council of State cannot open a case of its own volition, but the Supreme Court justices and prosecutors who were not picked have a legal interest in the affair and can petition the Council of State to annul the Presidential Decree.

Gerapetritis appeared to suggest that that could well occur.

If the court strikes down the decree, all rulings passed by the Supreme Court from the time of their appointment could be declared null and void.

A struggle for influence over the judiciary?

The issue has led to a fierce war of words between the government and ND that overshadowed the 26 May landslide electoral victory.

Cadres of two top parties have accused each other of wanting to appoint their own candidates to the top Supreme Court posts so as to have more lenient treatment in cases involving their parties or politicians – ND in the Novartis scandal and other open cases and SYRIZA in lawsuits and inquiries that the conservatives have vowed to press forward with as well as possible future lawsuits regarding actions during SYRIZA’s term in office which could arise in the future.

The web TV channel “One” reported that the true bone of contention is who will serve as Supreme Court Prosecutor, as one of the candidates [Eirini Kalou] was a prosecutor in the Vatopedi Monastery land exchange case that bedeviled PM Kostas Karamanlis and New Democracy for years.

The case involved the monastery’s exchange of rural land around Lake Vistonida with prime properties of much greater value in Attica. The involved ministers who drew up lists of prime properties and carried out the exchanges were vindicated much later.

Responding to New Democracy’s attacks and apparently following consultations with Pavlopoulos with whom he said he is in regular contact regarding important institutional issues, Justice Minister Michalis Kalogirou wrote a letter to Mitsotakis asking for consensus in filling the two top posts of the Supreme Court (Areios Pagos in Greek).

Kalogirou said that constitutional legality and parliamentary order were fully respected in the process of drafting the shortlist for both of the positions.

He also noted that the Code of Courts’ Organisation specifically stipulates that the completion of the selection process can occur even after the dissolution of Parliament.

Cabinet to decide next week

The cabinet is expected to decide and issue the relevant Act the week of 3 June, over one month before the general election.

Kalogirou categorically denied rumours that the government had asked Peppas and Dimitriou to resign before 30 June so as to facilitate its manoeuvres in filling the posts before the election.

The government said that ND does not want to abide by the constitution and related laws.

The PM’s office charged that “the masks have fallen”

It should be noted that the Conference of Presidents of Parliament – comprised of the Speaker and a Deputy Speaker from each party except neo-Nazi Golden Dawn – has already drafted the legally mandated shortlist of three candidates for each post.

Gerapetritis said that it would be unconstitutional and illegal for the government to make the appointments, but other top constitutional scholars have expressed conflicting opinions.

The law professors weigh in

Athens University Law Professor Emeritus and former rector Michalis Stathopoulos, a member of the Academy of Athens, wrote in an article that it is technically legal but politically unethical for the government to fill the top posts now as it lacks the politically necessary democratic legitimisation following New Democracy’s landslide victory in the 26 May European Parliament election.

Athens University Constitutional Law Professor Nikos Alivizatos cites precedent in arguing strenuously that the government does not have the right to act now after it declared its intention to call elections, but he too concedes that in the technical sense it can do so legally.

“With the PM’s announcement on the night of the European Parliament election that he will hasten to call parliamentary elections, I believe the current government does not have the right to exercise this authority [to make Supreme Court appointments] even if one were to take into account that despite all of the aforementioned points it would not be legally hindered from doing so. That is because from the night of 26 May the mission of the current government is limited to “the management, as old timers would say, of daily affairs.”