Electoral spread between ND, SYRIZA on 26 May to determine general election date

Kyriakos Mitsotakis has said that if Tsipras is defeated in the 26 May European Parliament election ‘he should go to Zappeion Hall, tender his resignation and declare that elections will be held in four weeks’. 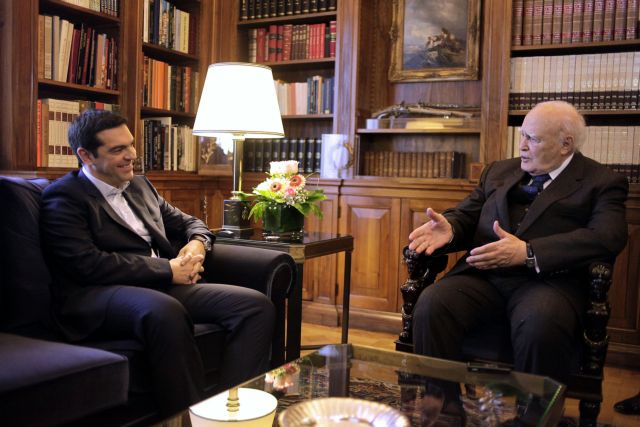 The overarching question in Greek politics on the eve of the European Parliament and local elections of 26 May was when Prime Minister Alexis Tsipras will call the general election.

Though the PM has long declared that his government will serve out its full term, the prevailing sense is that the size of the lead of the first party (which according to all surveys will be New Democracy) over the second will be the decisive factor in Tsipras’ decision on when to hold parliamentary elections.

Speaking on background a New Democracy cadre said that, “If the result confirms the demand for political change, Mr. Tsipras will face an absolute political impasse as he will have to manage a political defeat for which he bears complete political responsibility, as he personally handled SYRIZA’s entire political campaign.”

It would be difficult to dissociate New Democracy’s stance from the consternation of certain SYRIZA cadres who believe that Tsipras will be held responsible for the defeat of the party.

Main opposition New Democracy leader Kyriakos Mitsotakis has said that if Tsipras is defeated in the 26 May European Parliament election “he should go to Zappeion Hall and announce his resignation and declare that elections will be held in four weeks”.

Mitsotakis’ advisors, however, have avoided revealing what he will do if New Democracy wins on the night of 26 May.

What they did make clear is that he will neither make statements at Zappeion nor visit President Prokopis Pavlopoulos, as the President of the Republic does not have the authority to determine whether the government is in disharmony with the electorate or to call elections.

They noted that Tsipras when he won the 2014 European Parliament  elections with a margin of 3.8 percentage points he visited then president Karolos Papoulias and expressed the view that a general election should be held as soon as possible so as to restore political normalcy.

“If he loses on Sunday, will he display the same courage and visit Mr. Pavlopoulos and tender his resignation effective immediately, and thus follow the advice that he had given New Democracy then?” the ND source asked.