Panousis: Organised crime and its ‘backers’ the backdrop of football fan club violence 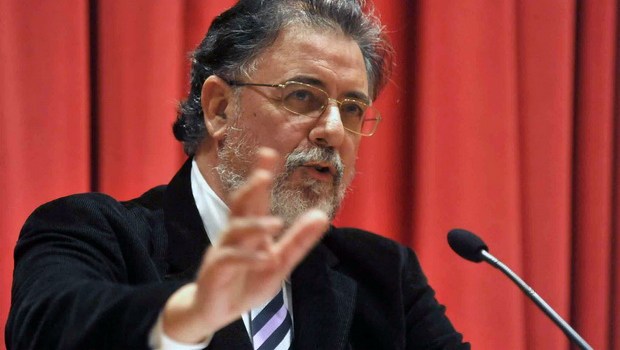 A top Greek criminologist has said that he views widespread football fan club violence as the product of an unholy alliance of organised crime and its backers in state.

Panousis expresses the conviction that athletic stadium gates of organised fan club members are loci of trafficking of drugs and guns.

“Many of these people are implicated in various violent crimes inside and outside of stadiums, and what we saw recently is not a case involving innocent supporters of a team or its shirt. They have connections,” he said.

Panousis said that the members of the gang that staged the attack must have other characteristics in common and not just love of their team and that there should be an in-depth study of the ideological and socio-political characteristics of the problem.

They have ‘backing’, the charges vanish

“Certain people make the charges vanish. They do not appear as witnesses and certain people save the culprits. There is a system. As for how deep it is, what can I say?”

Panousis called for the government’s effort to eradicate the phenomenon to be supported by society and the world of sports, because the tough decisions that must be taken cannot otherwise succeed.

“It would be a double tragedy if we find an opportunity to be divided by this tragic incident,” he underlined.

Panousis said that the state diachronically has not acted decisively because the cost is great – including the immediate suspension of athletic events and the downgrading of football clubs.

He maintained that certain things require special handling and not half-baked measures.

“One cannot conduct a clean-up while in motion. You cannot on the one hand cry and mourn this specific crime and on the other hand applaud people who in one way or another tolerate such phenomena,” he said.