Editorial: The new wealth of Greece

Greece’s political and institutional dysfunctions were revealed later when the time came for admission to the EU’s Economic and Monetary Union. 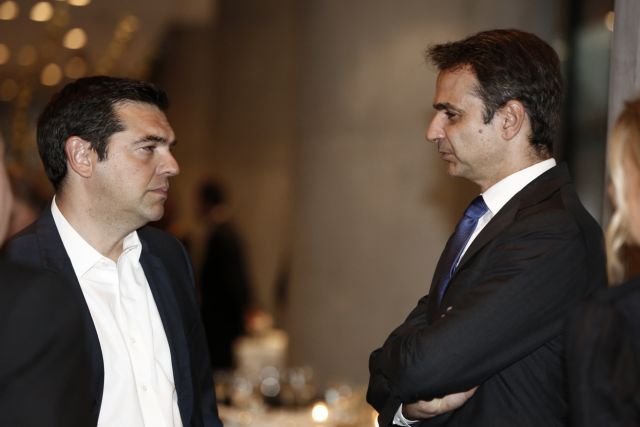 Greece went through a decade of trials and tribulations due to political parties’ lack of foresight and the inability of political leaders in every critical transitional phase to comprehend the economic realities and assume their responsibilities.

The country’s candidacy and accession to the European Economic Community was an inspired and bold move, yet Greece failed to properly incorporate the principles and rules of the environment offered by the most advanced contemporary union of states.

Greece from the start wavered between the European acquis and its Eastern tradition and efforts to enforce the acquis were half-baked.
The political and institutional dysfunctions were revealed later when the time came for admission to the EU’s Economic and Monetary Union.

Everyone became inebriated with the increased levels of prosperity and consumption and indiscriminately believed that life could carry on that way with plenty of cash whenever one desired but without foresight, obligations, and effort.

For a spell the government stressed the preconditions for progress and stability but it stubbornly avoided meeting them and was finally forced to escape so as not to make tough decisions.

The political Messiah who came to power with much fanfare proved vacuous, unprepared, and without an understanding of the situation with which he was confronted. After a disastrous two-year course he ceded power.

Meanwhile, the catastrophe had been completed and would-be saviours were besieged by the ambitious political forces which were rising and believed they expressed absolute truth.

They engaged in sterile struggles as the protracted crisis continued and the country was unable to transcend the impasse.
As a result wealth was lost and society withered.

When the previous government – which now confesses its self-deceptions and delusions – came to power it further burdened the economy and wasted valuable time which was needed to achieve an economic clean-up and recovery.

Confronted with dire conditions it complied with heightened demands and handed over the country – with fiscal discipline and growth prospects and not chaos or scorched earth – to the current government.

The many sacrifices of the Greek people by all accounts created the preconditions for a creative period of growth.

After a huge ten-year crisis Greece once again has an opportunity to regain its lost wealth.

That is confirmed by the international markets, rating agencies, an increased interest in investment, and praise from international media.
It is also demonstrated by the performance of the country’s organised and disciplined forces which have found ways to open up to the world, to grow, and to become stronger.

That is the challenge and wager of the new era. All national forces in unison must devote themselves to the effort to create Greece’s new wealth.

The country has experience and new knowledge.

Opposition parties must avoid meaningless internecine strife and do their part in making sure that the sacrifices of the Greek people do not go to waste.