Editorial: It takes a job of work for the sun to turn

One does not have a serious institutional opposition that can persuade voters that it has solutions for the country’s problems. 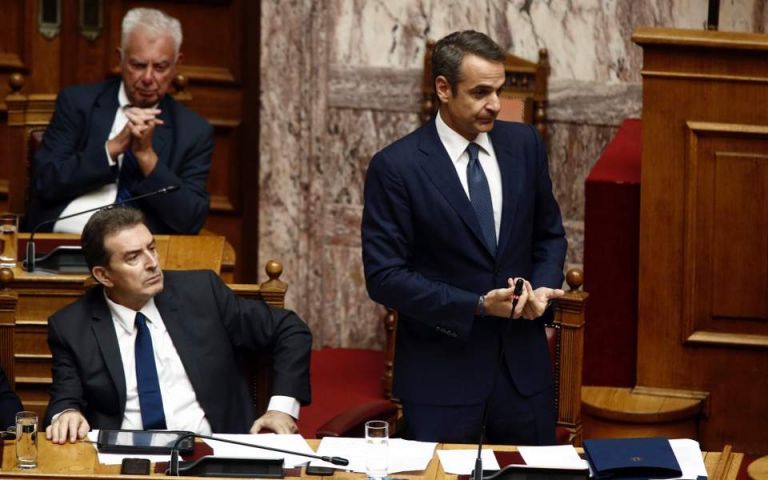 Main opposition leader Alexis Tsipras maintained in a recent interview that the wear of the government and of the PM is already evident.

He projected that the government will not be able to serve out its full four-year term and will call snap elections much earlier.

He dismissed the scenario of two consecutive elections which some are considering as the proportional representation system (legislated by SYRIZA) that will be applied in the next general election will almost certainly not produce a single-party government.

Hence, PM Kyriakos Mitsotakis would immediately call a second general election in which his new electoral law that gives the top party a 50-seat bonus will apply.

By law any new electoral law first applies in the second general election after it is passed by Parliament so as to block the sitting government from tailoring the law to its immediate needs.

Opinion polls do not support Mr. Tsipras’ projection of snap elections. A Metron Analysis survey published by To Vima last Sunday indicates that despite any problems the influence of New Democracy and the PM remains very strong. It is stronger than that of any recent government after six months in power.

The common conviction of many researchers is that Mitsotakis commands the political stage and for the time being his predominance is not threatened.

Analysts believe that Mitsotakis has good long-term prospects, that he will not be disputed any time soon, and that he has excellent polling numbers.

They said that the areas of government policy that have been criticised – such as education, healthcare, and crime – do not appear able to reverse the political balances that were created by the July, 2019, general election.

The main opposition and smaller opposition parties have serious weaknesses.

They make piecemeal interventions and have yet to create a solid basis for disputing government policy.

The same pundits in analysing public opinion say that the opposition has not found its pace and has not created a credible alternative that can credibly challenge the government’s platform.

One does not have a serious institutional opposition that can persuade voters that it has solutions for the country’s problems. That explains the absence of any mass social mobilisation.

Where protests emerge they are the result of old-fashioned trade unionist methods and practices that are old hat and are scorned by citizens.

Often reactions appear to be linked to extra-parliamentary or anarchist trade union forces which lack legitimacy and instead of stirring the masses they stir concerns and are rejected due to their extra-institutional violent reactions.

If the main opposition and other opposition parties really want to regroup their forces and have a shot at coming to power they must work systematically and in an organised fashion in order to thrash out a cohesive and comprehensive programme for the country and its citizens.

The rationale underlying the government’s social, economic growth, and foreign policy must be demonstrable and cohesive so as to persuade and motivate all of the country’s political forces.

As the poet and Nobel laureate Odysseas Elytis wrote, it will take a job of work for the sun to turn.