The couple has been vacationing in Greece for about two decades and they own a home on the small island of Antiparos, across from Paros. 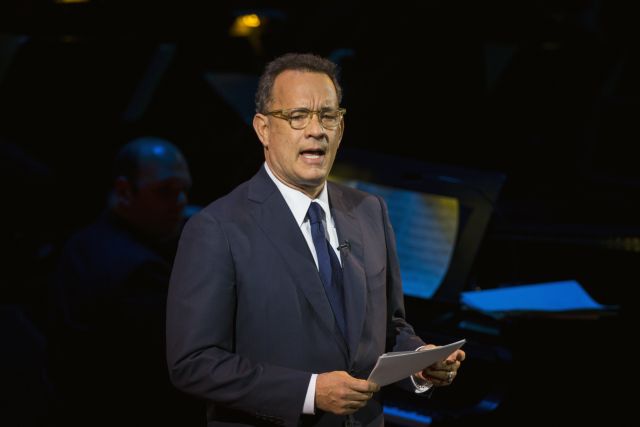 “I am 110% Greek,” Tom Hanks said some time ago and now it is official

Upon the initiative of Prime Minister Kyriakos Mitsotakis, who had met him in the past, Hanks and his family will receive honorary citizenship and the decision was signed today by President Prokopis Pavlopoulos.

It is considered a particular and rare honour in most countries.

Digital work card: As of today for bank and supermarket workers

Naturally the star has long had a very personal relationship with the country as his wife actress Rita Wilson is of Greek descent on her mother’s side.

The couple has been vacationing in Greece for about two decades and they own a home on the small island of Antiparos, across from Paros.

After MItsotakis met the actor and chatted about Greece, the PM instructed Interior Minister Takis Theodorikakos to handle the procedural details.

The minister sent a comprehensive recommendation to Pavlopoulos who signed off on the decision.

An Orthodox Christian with charitable activity

Hanks became acquainted with the Greek Orthodox Church and faith through his wife and embraced the religion.

Hanks’ charitable work, including great assistance to fire-stricken Mati where over 100 people died, is not known to the Greek general public as that is the way he wants it.

Once the decision is published in the Government Gazette the Hanks family have one year to accept and then they will take the oath of citizenship before the interior minister.