The US Congress is piping mad at Turkey and has made this clear at various levels – including cancellation of the F-35 deal – that Ankara cannot prevail in a showdown with Washington. 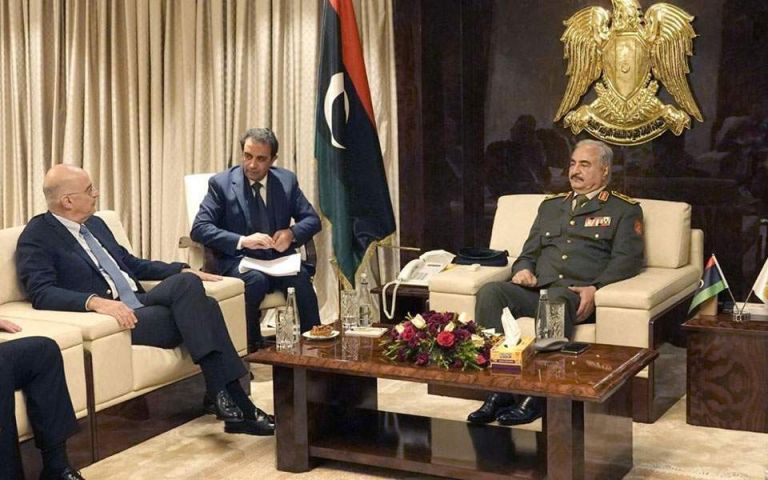 Just as Turkey is attempting with its EEZ agreement with Libya to create with its military a de facto situation at sea that tramples on Greece’s legal rights, Athens is attempting to achieve a poitico-diplomatic encirclement of Turkey with the EU, Egpyt, Israel and other countries on board.

The planned 7 January meeting between Prime Minister Kyriakos Mitsotakis and US President Donald Trump may elucidate what the US response will be to a Nato Allies Greece-Turkey military clash.

The US Congress is piping mad at Turkey and has made this clear at various levels – including cancellation of the F-35 deal – that Ankara cannot prevail in a showdown with Washington, which like Russia opposes the Libya deal and does not want Turkey as a regional power.

Trump had made it plain that he is fond of Turkish President Tayyip Erdogan but recent events – such as the Libya-Turkey EEZ accord  which the State Department opposes– are able to rock the entire region and have much broader and serious repercussions in the entire region. That danger was aggravated by Turkey’s plan to offer military assistance to the recognised government which controls only the capital of Tripoli. The rest is controlled by General Haftar who rejects the Turkey-Tripoii accord.

Foreign Minister Nikos Dendias paid a visit to Haftar on 22 December in a symbolic show of unity on Turkey’s role in Libya. He also visited Cairo (which also opposes the accord), and Saudi Arabia, where he met with King Salman and his son and strongman Mohammad bin Salman and other top officials.

Another move that puts a damper on Ankara’s designs is the planned signing on 2 January of an inter-state accord on the construction of the EastMed pipeline.

Greece, Cyprus and Israel are thus moving to block Turkey from creating its own de facto situation in the Eastern Mediterranean.