In his speech the PM underlined government’s three top priorities: ‘I will cut taxes, create many well-paid jobs, and restore the sense of security. That is exactly what I am doing.’ 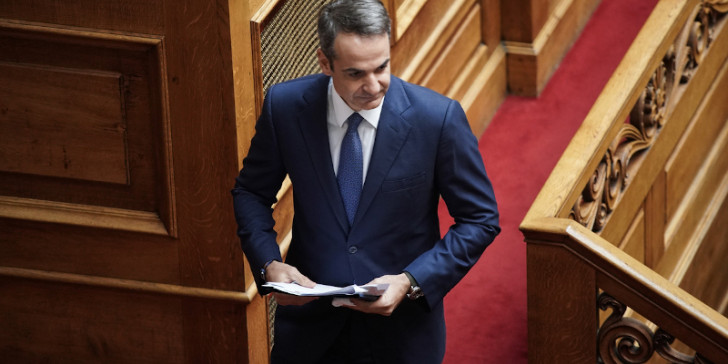 Prime Minister Kyriakos Mitsotakis in his oration during the parliamentary debate on the 2020 state budget announced an eight percent cut of real estate taxes as of next year. The solidarity contribution will also be reduced.

The budget was passed with 158 votes in the 300-member legislature.

In his speech the PM underlined government’s three top priorities: “I will cut taxes, create many well-paid jobs, and restore the sense of security. That is exactly what I am doing.”

“The budget offers relief to the middle class and looks after the weaker economic strata with an organised plan for tax cuts. It creates the vital space for growth and the production of new wealth. The 2020 budget has two characteristics. It combines social welfare with growth. This should remedy older injustices and open the path for investments and new jobs. Our aim is to go from the periodic payment of stipends to poorer citizens to a constantly growing national income which will be distributed justly to all,”

The PM projected a 2.8 percent growth rate in 2020, and a 3.6 bn primary surplus. He also underline that he hopes to negotiate with lenders a cut in the primary surplus for 2021.

Mitsotakis blasted SYRIZA for bringing in with over-taxation bigger primary surpluses than Greece’s creditors demanded. He said that between 2016-2018 that part of the surplus that exceeded targets deprived the economy of 11.4 bn euros.

He also announced a partnership between three public hospitals with the private sector “in line with the Swedish model”.

In a rare instance of inter-party harmony, SYRIZA supported the military spending hike.

In that regard he supported open channels of communication with Turkey.

At the same time Mitsotakis made clear to Ankara that Greece will not tolerate even the slightest infringement of its territorial integrity and national sovereignty.