Shoking letter from Greek Football Association employee for the mismanagement, golden boys and political recruitment that brought the memorandum

The golden boys of the Greek Football Federation, whose relentless recruitment over the past 4 years has caused enormous financial losses 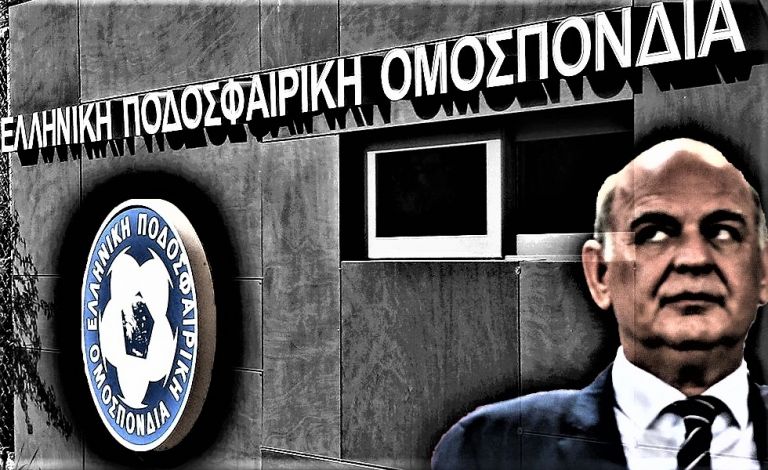 Memorandum. Hard Memorandum. At the level July 2015. This time not (again) in the country, but in the Greek Football Association. The sports federation with the most revenue from any other, that in the last 3 years has evolved into the epitome of mismanagement and waste. As a result, the cashier will not only be … minus, but also the subject to sanctions by international federations, which have recently decided to impose two new entities to oversee the Greek Football Association’s finances and where the money from the programs Forward and Hat Trick goes. And all this, after the letter from Olympiacos, who activated FIFA and UEFA.

On November 26, the the Greek Football Association (GFA) notified its workforce of an approved financial action plan citing financial distress. Plan that actually foresees a reduction in all costs, with the greatest burden falling on ordinary employees. And not to the golden boys of the Federation, whose relentless recruitment over the past 4 years has caused enormous financial losses. This is not something we say, but it comes from a letter from a Greek Football Association employee to the Deputy Minister of Sport, Lefteris Avgenakis.

The letter from the Federation official, pointing out to the Undersecretary that he wishes to remain anonymous, initially states that the Greek Football Association cites as reasons for its financial problems: 1) Failure to sell the television rights of the Greek Cup, 2) Ex – federal coaches allowances (Skibe, Anastasiadis), 3) VAR expenses, 4) Loss of income from the Cup finals that happened without fans 5) Paying Football League referees(!), 6) The inability to use money from FIFA Forward programs.

However, as the letter states, the Greek Football Association in the «action plan» conceals the real causes that led to the financial impasse of the Federation. Mentioning, among other things, political recruitment, newcomers with provocative salaries, the unreasonable cost of the 7-member KED (€ 105,000), the € 350,000 compensation to Giannakis Papadopoulos, the tragic use of the FIFA Forward program

The Greek Football Association official, finally, addressing the minister, calls for help, demanding «the removal of those hired to serve partisan purposes without the necessary qualifications. We call for the protection of real employees. We ask for your help in removing incompatible hires and upgrades of family members of the Executive Committee. We demand meritocracy and RESPECT. »

The shoking emloyee’s letter in detail

C) Expenses for the VAR (match center – referee training). That is to say, a system that has been received incomplete, with outrageous costs, and which is causing every Greek’s fan outrage in its every use thus far. This constitutes an indirect and explicit state subsidy to the Greek Football Association for having spent € 13.5 million on the supply of equipment provided free of charge to the Greek Football Association.

The clearest confession that the money of the programs did not go to actions and infrastructure but to salaries and all sorts of unnecessary costs (trips of unnecessary committees, trips with National Presidents of the European Union an EU members for clientelist votes etc.).

-Dozens of recruits of Syrizan party members, whose contracts were renewed just recently although in the beginning there was no need for additional staff. It essentially doubled the Greek Football Association’s salary

-The Greek Football Association Central Arbitration Committee has always been 3-5 members. However, the current Administration has decided to be 7 members and its monthly cost exceeds 105.000 (one hundred and five thousand euros a month because fees are paid for 14 months).

-The payment by Mr Filippoussi (Manager of Kontoni office) with another exorbitant fee as a mere observer in the Normalization Committee (that is, without voting rights and no liability) and his re-appointment to the Greek Football Association with a huge and disproportionate remuneration of his duties.

-The recruitment and subsequent removal of Mr Zisi Vriza, who was either compensated or reportedly continues to be paid while not working at the Greek Football Association.

-The recruitment of Mr Choleva (associate of Vassiliadis), lawyer in the profession, with object the VAR, that is, for a position unrelated to its subject matter, and even against high earnings. Obviously this was not enough as only a few days after hiring him, he was given a multi-thousand euro loan by Greek Football Association which is uncertain if it has been repaid. And despite the obvious failure of system implementation it remains in place.

-The recruitment of Mr Blouna as EU Secretary, with compensation of several thousand euros for 2-3 days’ work per month ie the preparation of meetings) while the Greek Football Association is already paying thousands of euros to Mr Dede as Executive Secretary of the Executive Committee.

Indicatively, the “fat” salaries of all of the above in euro, most of which have no qualifications at all, even standard ones:

-The compensation of € 350,000, through a compromise, to Mr Giannakis Papadopoulos a few days before the trial. Α former employee who is heard in taped conversations to be involved in online betting while never appeared to Greek Football Association’s offices for work, as they can all confirm.

– Instead of the Greek Football Association documenting his dismissal for this great reason and without compensation, he opted for the incomprehensible, or suspicious, choice of compromise for the unimaginable amount of € 350,000.

Greek Football Association’ living memory, to the President of Mrs Grammenos but also to the greek sports in general.

in a «special» office in Thessaloniki, also for a huge payment.

– The retention of the position of Chief Financial Officer of Mr. Yiannis Theofilos, who according to Deloitte’s findings should have been fired three years ago for a significant reason, namely the financial loss of millions of euros of Greek Football Association.

– Failure to file a lawsuit in civil courts to safeguard the interests of the Federation against former Presidents of the Greek Football Association for the loss of many millions of euros caused by the well-known issue with the health card.

– The almost daily and unnecessary visits to the offices of the Federation, for selected members such as Laskaraki, Diakofoti, Vakali, without however having their presence functionally and institutionally necessary, burdening the Federation with costs of tens of thousands of Euros..

– The failure to file a lawsuit for the damage the Federation suffered in the Travel Plan case (ie through Mr Theofilos).

The reason for that was that fraudsters had broken the tender in two stages (Technical Offer and Financial Offer), so that they would be able to inform interested parties about the technical bids (within the tender the most appropriate bid would give a 70% lead for the final assignment to the company that made it), in order for them to be able to tailor their financial offers accordingly.

Within the same tender, the bids (Technical and Financial) would be checked by “A Commission” whose composition was unknown and largely disputed for its adequacy.

Finally, the contract was assigned to NYFC Company, which was once again the only one to continue to the last phase of the tender, and which is directly linked to Base/Peponakis.

Since its election (18.08.2017) and until May 2018, Grammenos administration continued the “noble” habit of direct assignments to the travel agency G.S. Travel, concerning the travelling and hosting of people and teams, without proceeding for ten months to conduct the required tender, in order to achieve lower fees.

Finally, in May 2018, following a tendering procedure, where information indicates that only one (1) bid was made by G.S. Travel Agency, the Greek Football Association assigned this agency with the total of travel, accommodation and dining services for people and teams. Again it was just one company, one offer, the very same procedure for assigning a contract.

The same tactic of direct assignment to AVANCE company was also followed regarding the transportation services from 18.08.2018 until the meeting of the Executive Committee of the Greek Football Association at 25.10.2018, when the same company was awarded the contract from the supposed tender which was announced and to which, miraculously, only AVANCE had submitted a tender!

Who will help ordinary Greek Football Association employees? What to negotiate with a staff association when its Secretary is a relative of a member of the Executive Committee? When the courtiers are now 40% of the staff and will they serve the wishes of those who brought them? All of this was planned from the beginning and executed accurately by Executive Secretary Alexis Dedes, who is involved in serious decisions without the requisite educational background and with serious responsibilities for the current state of the Federation (both financially and administratively). Will the ones responsible for the current situation be able to solve it?

Dear Minister, we call for help. We demand that all those who were hired to serve party purposes without the necessary qualifications be removed from the Greek Football Association. We demand that the label of the Greek Football Association lucrative and fat payers be left for exclusively specific people. Fifteen people cost as much as all the staff. We call for the protection of the true employees that has consistently served the Federation and Greek football. We ask for your help in removing incompatible hires and upgrades of family members of the Executive Committee. We demand meritocracy and RESPECT.