Editorial: In the arid meadow a spark suffices

The Citizen’s Protection Ministry organised and enforced strict policing of the two commemorations in an effort to prevent more generalised incidents and destruction in central Athens. 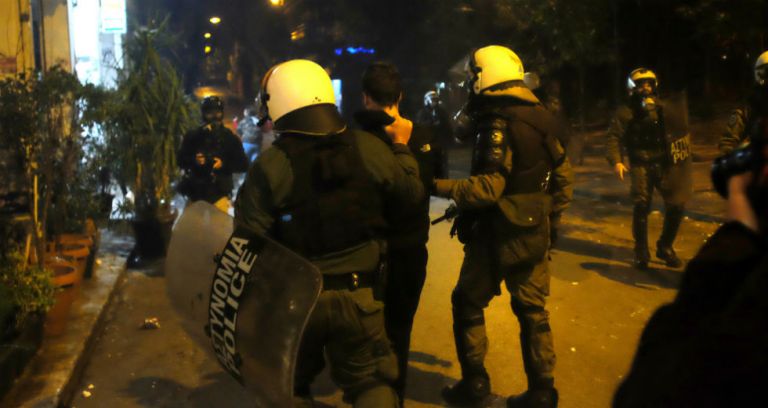 The new government from the start declared that it will not tolerate the breaking or violation of the law by groups and forces that practice political and so-called social violence.

It had made clear from the start that it would «liberate» Exarcheia and universities from all sorts of building occupations.

Based on those commitments the government intervened systematically in central Athens, returned occupied buildings to their owners, enforced a more intense policing of the areas involved, passed a law lifting university asylum, and conducted an operation at Athens’ Economic University in order to eliminate all sorts of illegal trade that was going on in the university’s courtyard and front gate.

By implementing this policy the government as expected was confronted by a a variety of reactions, especially from the affected socio-political forces.

The atmosphere became charged, people were riled up and a climate of tension and disputes emerged.

That is how we reached the commemorations of the 1973 Athens Polytechnic uprising against the junta and the 6 December anniversity of the killing by a policeman of 15-year-old Alexandros Grigoropoulos. In previous years these events triggered clashes, unrest and the perpetuation of the «hegemony» in these so-called «free spaces» of illegal trade and other violations of the law and of illegal socio-political behaviours.
The Citizen’s Protection Ministry organised and enforced strict policing of the two commemorations in an effort to prevent more generalised incidents and destruction in central Athens. It marshaled adedquate forces and succeeded in averting clashes and incidents of destruction.

However, there were recorded cases of arbitrary police behaviour that discredit the police force and cannot be tolerated in a democratic state.

There were incidents of excessive force alonh with the degradation and humiliation of arrested citizens.

The photos and videos confirm the violation of human rights and criminal actions of the police force.

Undoubtedly, for these incidents any effort to downplay the situation is useless and even condemnable because it is an insult to citizens’ intelligence and fuels a vicious circle of tension, clashes and violence.

The government and the competent ministry must denounce such practices and take all necessary measures to ensure that they will not be repeated.

Greek and international experience confirm that repeated such incidents create a build-up of rage especially among the youth and also create a culture of clashes that can arise from a trivial reason.

Let us not forget that in an arid meadow a spark suffices.