The dark soul of a Golden Dawn murderer

Golden Dawn members may call each other “fellow fighters” but in fact their “ideological makeup” is the opposite of the fighting spirit. It is the makeup of a snitch, of an informer, and of a thug. 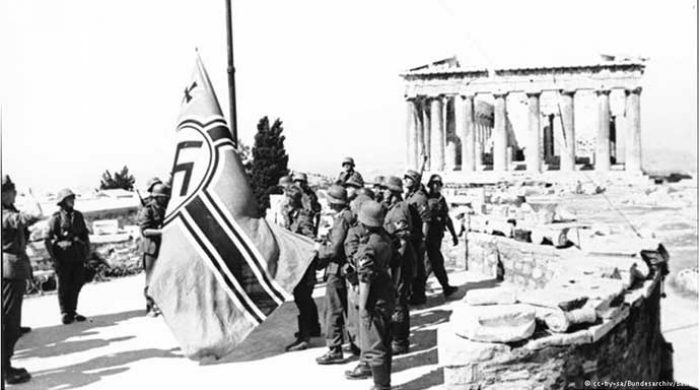 It is often different to talk about evil than it is to see it personified.

I am speaking about the court testimony of Yorgos Roupakias who showed that fascism is not a political choice.

It is a person’s existential choice to become the tool of an inhuman ideology.

It is an ideology that expresses absolute savagery and attracts people who have contempt for life and cannot understand what dignity and struggle mean.

It is no coincidence that Roupakias displayed a petty character even in his excuses.

He constantly repeated: “I was not exactly a Golden Dawn member; I was not a cadre; It was not a Nazi salute; I had had the knife for cutting Styrofoam.”

The issue is not just that he tried to alleviate his position in order to avoid conviction or to protect those who sent him.

It is the way of thinking of a gang that emerges from its testimony, a gang that kills because it does not like the fact that someone has dignity and intelligence and then says, “It’s not so bad – it’s a simple homicide.”

Golden Dawn members may call each other “fellow fighters” but in fact their “ideological makeup” is the opposite of the fighting spirit. It is the makeup of a snitch, of an informer, and of a thug.

That is the common thread that ties them to the treacherous informers during the Nazi occupation of Greece (tagmatasfalites) and to the torturers of the 1967-1974 military junta.

That is what Roupakias exudes with his cynicism, his refusal to express remorse, his cheap and obvious lies, and his constant insults against his victim, Pavlos Fyssas.

Those who sent him to murder Fyssas have the same characteristics.

That is the makeup of the “Fuhrer” Michaloliakos, of his Deputy Elias Kasidiaris, of former MP and now an elected Eurodeputy Yannis Lagos [who reportedly was behind the order for an assault battalion to descend on Fyssas], and the rest of the criminal organisation.

It is no coincidence that after Golden Dawn failed to enter Parliament – and its ex-MPs lost their immunity and are looking at a prison sentence – they are fighting and accusing each other.

That is how groups which espouse savagery as an ideology end up.

The testimony of Roupakias is yet another reason that the court which is trying the case should convict Golden Dawn for what it is: a criminal organisation and a gang of murderers and thugs.

It would be well for one to follow the trial now that it is in the last stretch and the Golden Dawn members will be forced to talk.

It is an opportunity to see the true face of evil.