Two weeks ago he told shareholders there are two main options to save the company – either maintain the Greek state’s position as majority stakeholder with a radical restructuring of the framework of operation and of the state’s role or to introduce a strategic partner. 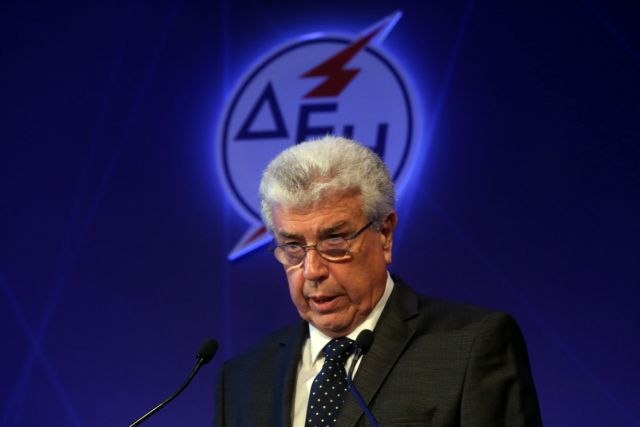 At the request of the minister Panagiotakis has reportedly agreed to stay on in his post pending the appointment of a successor.

Panagiotakis briefed the minister on the state of the troubled company, which is Greece’s largest, and tendered his resignation “to facilitate the government in implementing its policy”.

Hatzidakis thanked the outgoing CEO for his work over the last years, especially following the agreement between the SYRIZA government and creditors for the reduction of PPC’s market share without economic remuneration.

The one is to maintain the Greek state’s position as majority stakeholder with a radical restructuring of the framework of operation and of the state’s role and the other is to introduce a strategic partner.

He said if the state is to maintain both its majority stake and management it must abandon the current tight embrace of the company and proceed with a radical overhaul of its operational model in line with the rules of good corporate governance.

He said that would require an immediate overhaul of the institutional framework by the government elected in the 7 July general election and that it would entail lifting obstacles pertaining to hiring, wages, procurement, and the awarding of contracts.

Panagiotakis had told shareholders that a sell-off of valuable assets is not the way to clean up the company and that only a refinancing of loans can reduce financing flows and increase profitability by 80 percent.