The charges of correctional officers about the situation that prevails, with the toleration of the justice ministry as they maintain, are hair-raising. 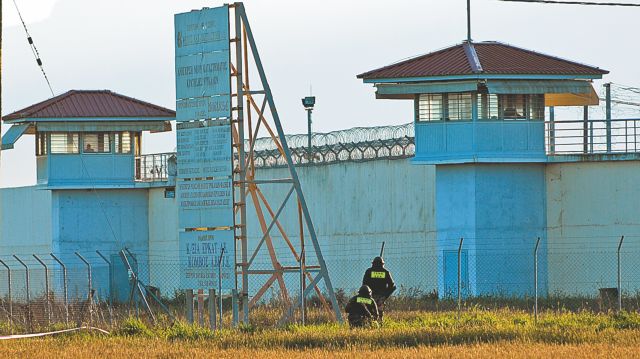 No one would expect that prisons, especially in Greece, would be oases of calm and legality.

Yet it is quite another matter to go to the other extreme and have prisons that have been transformed into uncontrollable Mafia strongholds that murder and control criminal networks within and outside of prisons and that involve themselves in the drug trade, blackmail, and other crimes with the toleration of the state.

There have been 18 deaths in prisons over the last months.

What was revealed two days ago at Korydallos Prison demonstrates the total indifference of state organs.

Each time one must reach the limit before the supposedly competent authorities limit the activities of well-known gangs that rule prisons.

The charges of correctional officers about the situation that prevails, with the toleration of the justice ministry as they maintain, are hair-raising.

Even they do not dare to tell the whole truth. Instead, they shift the responsibility to the state and blame the horrible conditions and staff shortages.

Yet, it is patently obvious that correctional facilities have become hotbeds of all manner of crime.

The violent incidents and knife attacks are just the tip of the iceberg and the competent officials who tolerate all that know it.

The perpetuation of this situation disgraces our country. The competent politicians cannot turn a blind eye with indifference.

If we want to live under the rule of law then there is an urgent need to create human conditions in prisons so that they will cease being hotbeds of crime and become places that prepare for the re-entry into society of our fellow humans who at some point in their life broke the law.

The degree to which legality and the rule of law in all aspects of public life is ensured reflects the level of civilisation of a society and a country.

Whether one likes it or not, prisoners are part of our society.