The incoming government must undertake specific initiatives to forge a national consensus and to shape a long-term strategy to defend Greece’s national sovereignty and broader sovereign rights under international law. 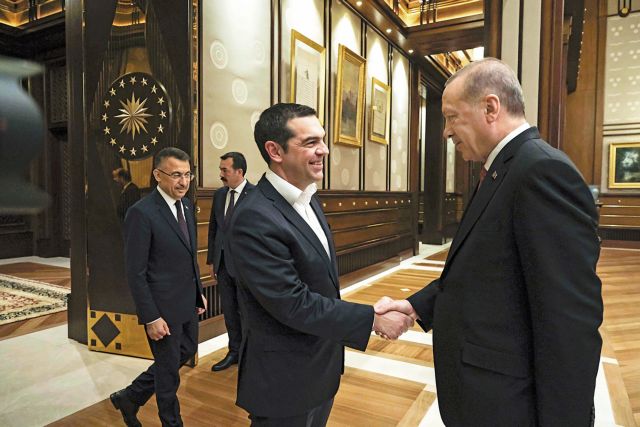 Pressured by domestic problems, not the least of which is the loss of the Istanbul mayoralty which was the first major defeat in his career, he is resorting to nationalist salvos and provocations to rally his political base.

In incoming Istanbul Mayor Ekrem Imamoglu, Erdogan is for the first time confronted with a potentially strong opponent, and that increases his insecurity.

With his policies Erdogan has managed to trigger an open clash with the US over his procurement of Russian S-400 missiles.

He has also essentially written off Turkey’s EU prospects.

At the same time he has a number of open fronts at Turkey’s eastern borders.

Erdogan has chosen the only path he knows well – nationalist rhetoric and threats in every direction.

Faced with an unpredictable neighbour, Greece must be prepared for any eventuality and cultivate all of its strong alliances.

Above all what is needed is a solid domestic front that will not be influenced by easy nationalist rhetoric and election campaign salvos.

The incoming government must undertake specific initiatives to forge a national consensus and to shape a long-term strategy to defend Greece’s national sovereignty and broader sovereign rights under international law.

Over four decades since the fall of the junta and the restoration of democracy in 1974, it is obvious that what is needed is a calm and effective approach to managing problems with Turkey and other regional countries.

That is mandated by the energy game that is in full swing in the Eastern Mediterranean with the involvement of global energy giants.

It is an intricate game that operates on many levels and entails many prospective benefits but also unforeseeable dangers.

The electoral campaign period may not be the ideal time to engage in a substantial dialogue and reach a broader consensus, but it is more than obvious that forging a common national strategy is urgent and absolutely necessary.

Instead of constantly rushing to answer all of Erdogan’s provocations and threats, it is more effective to create the necessary conditions and strengthen the necessary alliances to confront them on our own.

It is neither easy nor simple, but it is necessary.