The prime minister who enjoys unprecedented kid gloves treatment in most television interviews is irked because he believes that the print press and news websites do not cater to all his whims. 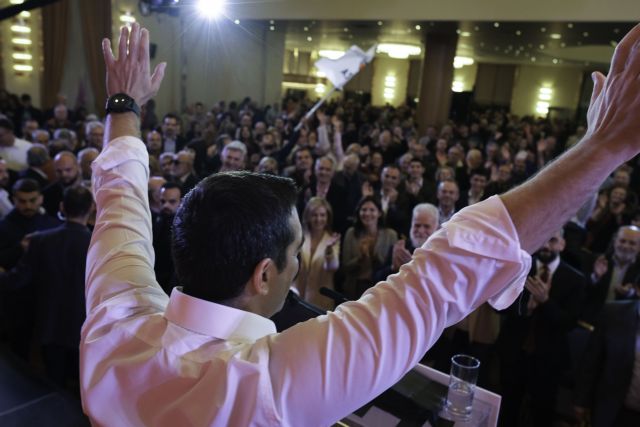 Prime Minister Alexis Tsipras thought up a nice joke to avoid offering answers about his August, 2018, cruise on a shipowner’s luxury yacht.

The PM who more than any other in recent memory has undermined democratic institutions has now discovered the danger of meta-democracy.

The prime minister who enjoys unprecedented kid gloves treatment in most television interviews is irked because he believes that the print press and news websites do not cater to all his whims and do not unquestioningly accept everything he says.

Following in the footsteps of US President Donald Trump and other populist leaders, his sole concern is how to completely control the media.

He is not satisfied only with the media that support him such as ERT state television, which has essentially become an annex of the PM’s office.

The PM demands that there not be any voice that is critical of his government and himself.

Unfortunately for Mr. Tsipras and fortunately for the rest of us, there are still media outlets and journalists who despite all that he says insist on doing their job right. They are the journalists who criticise the mistakes, omission, and lies of successive government and powers, however many threats and accusations are unleashed against them.

The fake news that of late the PM’s office is complaining about are not manufactured by press outlets which respect their role , but rather are cooked up in the corridors of power, where a cottage industry of lies, slander, and fake news thrives.

Most citizens – including those who at some point believed that Mr. Tsipras brought something new and fresh to politics – experience and witness all this on a daily basis.

As it turned out, he and his government outdid its predecessors. Everything he accused them of doing he does in practice. The elite that he constantly attacks are by his side and help and serve the PM and his ministers, even with paid luxury vacations.

Unfortunately for the PM, it will be demonstrated at the ballot box in a few days that the meta-democracy that he envisions with its tight control of everything is in its death throes.

In the European Parliament elections, which the PM said should be treated by voters as a vote of confidence in his government citizens will make a decision about his and the country’s future.