When Trump lost the election he spun out of control as he could not reconcile himself to the idea of defeat and as a latter-day Mussolini he attempted to take Rome by storming the Capitol. 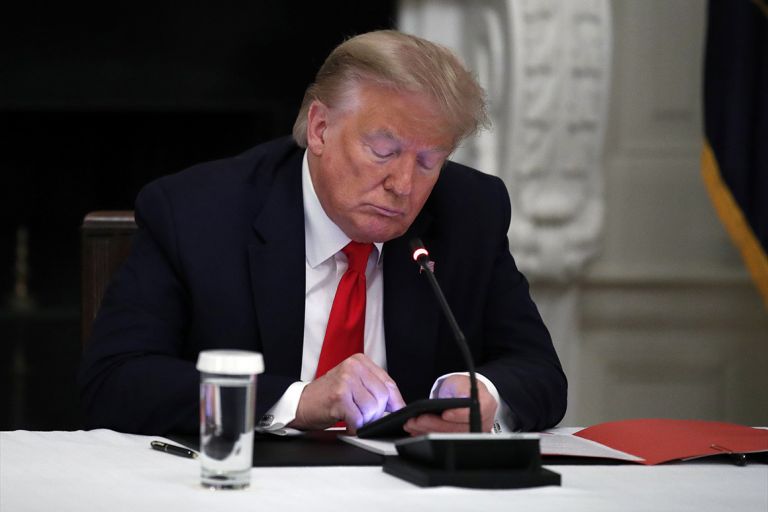 Ever since hsi election in 2016 Donald Trump showed signs of an undemocratic stance and behaviour.

A host of actions and choices of the US president showed that he disputed democratic mores and sought to effect changes that would facilitate authoritarian and unchecked governance.

Trump’s admiration for authoritarian leaders like Vladimir Putin, Recep Tayyip Erdogan and others was indicative of his intentions.

He was charmed by the ability to wield power in a manner that was not transparent or checked and that was not characterised by accountability.

His stance toward tax authorities and the press demonstrated his contempt for the rules of the democratic form of government.

That is why for four years he governed America by spewing endless lies, displaying a penchant for conspiracy theories, and doubting science with incredible audacity.

Mr. Trump turned disinformation into a science, denied the principle of freedom of the press, an systematically attacked historic and traditional newspapers and media that have often proven their mettle in battles to remain independent.

He engaged in an unprecedented propaganda war against his political opponents based on conspiracy theories and thus directly fueled tensions and deep divisions that culminated in the recent aberration at the US Capitol.

During last year’s presidential campaign the common conviction was that Trump if he were re-elected was prepared for institutional interventions that would allow him to govern in an authoritarian manner and to circumvent the checks and balances that are a crucial characteristic of American democracy.

He was preparing to achieve his objectives with the belief that he would again be able to dupe the American people and advance his undemocratic schemes.

That was a key reason that prompted Americans to get off their couches and take to the polls en masse.

When Trump lost the election he spun out of control as he could not reconcile himself to the idea of defeat and as a latter-day Mussolini he attempted to take Rome by storming the Capitol.

Hence he organised and guided the attempted coup.

He failed because the American people did not follow him. For the last month-and-a-half he unsuccessfully tried to mobilise citizens.

He was unable to do so because his lies are so glaring that nobody but the most extreme and fanatical elements can be persuaded by them.

Trump was essentially betrayed by the mob which on his behalf occupied the Capitol – extreme right-wingers, neo-Nazis, nationalists, religious zealots, and conspiracy theorists who provoke and repel.

Images from the interior of the pillaged Capitol Building exhibit the distinction and distance and suffice to explain Trump’s coup-style operetta.

One saw all of America’s backwardness in one chamber.

That, however does not lift the danger or the threat.

Democracy is not a given. Without defence, mobilisation, constant care, and evolution it van be lost from one moment to the next.

The scar is deep and healing will take time.

The democratic paradigm and ideal was shaken and the super-power was wounded, lost its splendour, and revealed a decline.

Nevertheless, perhaps from this very shameful American decline there may emerge an opportunity to highlight Europe’s democratic culture.

If Europe were to acquire inspired leadership it could again lead the world, which needs a reordering and reconstruction.

It must build a new pact and agreement and a new blueprint for progress.

Europe has the necessary model, the paradign, and experience and can become a guide.

That is because despite its many problems and weaknesses the European construct remains the most noble and internationally most attractive post-war political structure.