If there is one thing that the public health crisis highlighted it is that there is a lack of leadership almost all around the world. 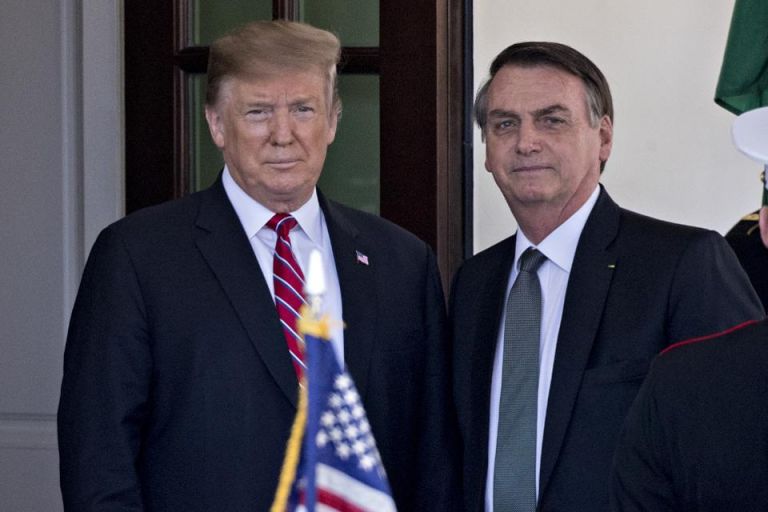 That is more than Mr. Trump had projected toward the beginning of the public health crisis which he was handling with incredible lightness.

The Brazil of Mr. Trump’s ideological bedfellow Bolsonaro in a very short time surpassed 20,000 deaths and is turning into the next great centre of the pandemic.

The UK of Boris Johnson, the revisionist erstwhile proponent of herd immunity, is facing trials on various levels even as it sees the supercilious Brexit plans sinking before the astounded eyes of the deceived citizenry of a country that was once an all-powerful empire.

In the Spain of Pedro Sanchez and Pablo Islesias the human face of the Socialists and the Left shaken as it was discovered that they left old people to their own resources and their individual fortunes.

Famed for its social state, Sweden is confronted with ethical issues because its much-touted health system with the urging of the country’s political leadership opted for a “herd immunity” strategy and literally denied access to Sweden’s hospitals to elderly people who came down with Covid-19 (particularly at care homes).

Our arrogant neighbour, Turkish President Recep Tayyip Erdogan, who inanely believed his people were immune to the virus and that they could protect against it by using cologne (preferably lemon scent), is now teetering and, down-and-out – he is seeking assistance from both the East and the West.

If there is one thing that the public health crisis highlighted it is that there is a lack of leadership almost all around the world.

When about a decade ago David Owen, the one-time British foreign secretary, in his book In Sickness and in Power: Illnesses in Heads of Government during the Last 100 Years, described the dangers to peoples and societies from truly ailing leaderships, he obviously could not have predicted or even imagined hecatombs of dead due to the inadequacy and unsuitability for their jobs of contemporary leaders.

The entire previous wave of supercilious, irrational, and in the final analysis unworthy leaders who show contempt for knowledge, deny science, and think they can do whatever they please were exposed literally in the most tragic manner.

Today there is nobody in their right mind who has not understood the significance and value of a country being governed by trustworthy individuals and forces that are at least in a position to discern major threats and to organise effective defences to protect the lives and dignity of citizens.

The management of the pandemic by a host of leaders and forces globally taught us all a tragic lesson which one hopes we shall remember  – it is impermissible to be governed by uncultured and cynical populists.