Prologue to a grave new world: Nixon, the bug, China and the West

Mr. Gao was picked to pull one of Beijing’s strong cards with a threat that could be interpreted as nothing less than purposely glaring inter-state blackmail – that if pushed China will not cooperate in the next pandemic. 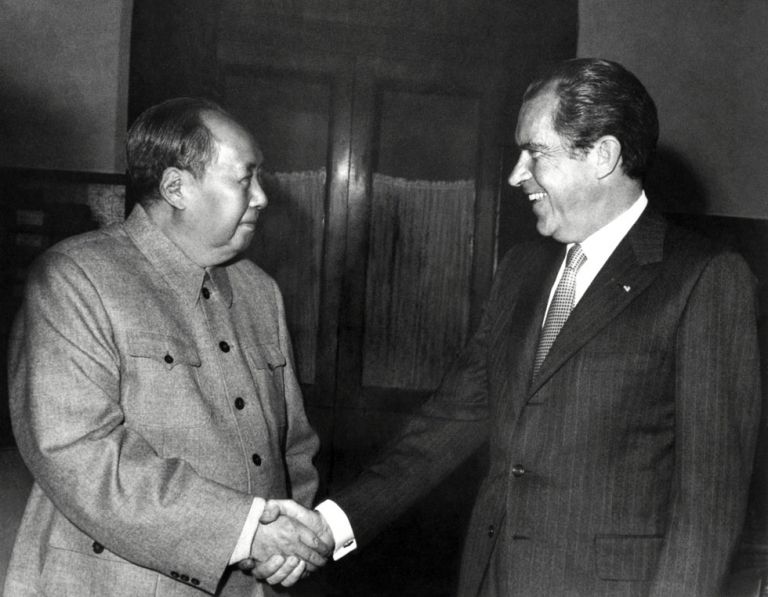 When Richard Nixon made his historic visit to China (symbolically inaugurating its long road to capitalism and the engagement of the Chinese dragon with the West in a process marked and fueled by the rule of Deng) like all tourists he was taken to a choice segment of the Great Wall of China, said to be the only human edifice detectable by astronauts who opened the way to a future mass human migration.

With an appropriate facial expression of awe he declared, “This is truly a great wall!”

The laconic and rather vacuous response revealed the sense of awkwardness which Western leaders still exhibit in deciding how to deal with their main global economic competitor which operates under its own rules.

In the Sars-CoV-2 pandemic one sees that the mutually assured destruction through nuclear weapons of the Cold War has been supplanted by biological MAD at least on the political and geopolitical level.

Victor Gao is one of the most prominent and assertive propagandists of Beijing’s coronavirus narrative – perhaps not coincidentally a former translator for Deng – and global media outlets such as the venerable BBC seek out his analysis and listen carefully.

You don’t get more establishment.

Mr. Gao was picked to pull one of Beijing’s strong cards with a threat that could be interpreted as nothing less than purposely glaring inter-state blackmail (hardly a novel concept) in its crudest form.

The clear message is that Beijing will not cooperate with Western countries on future epidemics or pandemics if it is probed and harshly treated now.

It is a wholly cynical use and treatment of human life as a means – to serve the objectives of the authoritarian regime and not as the superlative value and end-in-itself.

This entirely unscientific approach aggravates China’s image – constantly nurtured by the West – as a human rights violator with vocal critics ranging from the Dalai Lama to the EU.

Trump’s America was first happy about getting closer to Beijing, his man-bonding with Xi was touted as a political friendship and great relations, but POTUS was then enraged anew by China’s failure to keep the annoying virus at home.

The dragon trains its fire on Trump

The intermittent trade war that Trump inaugurated will not soon be forgotten by Beijing as it goes to the heart of a lack of US trustworthiness when push comes to shove.

In fact China in its new strategy is beginning to emulate Trump’s pit bull style with brief and curt admonitions and accusations.

China avoids overt challenge to US hegemony

Mr. Gao said that China is the world’s greatest economic power if it were not for the exchange rate and second otherwise.

China does not want to be first power, Gao explains.

It is happy being the perceived number-two to the US.

Gao dismisses the term superpower as descriptive of China because as he says that connotes exploitative chapters of Western imperialist and colonial history.

China, he trumpets, sees all foreign countries with parity, as co-equals whereas the West demands obeisance of smaller and weaker countries.

Beijing wants smaller Western countries like Greece to act as bridges toward the West even as the West works to nominally shut the doors.

The Greek Port of Piraeus is a main gateway for the entry of Chinese products into the EU and so it is an integral part of the grand Silk Road project for expansive commercial penetration.

The infrastructure (particularly train networks) of Balkan EU member-states will be upgraded even as the Union scrambles for a new China policy.

Trump used foreign powers to help him win the presidency and he is attempting to do so again in order to cling to it.

The Russians in cooperation with Trump’s campaign took a pro-active role in the 2016 presidential campaign but the Senate decided that that’s all right.

Now Mr. Trump thinks China will be his alibi to shake his responsibility for the toll in human life arising from his initial complacency throughout January and much of February.

That is what top Beijing apologists like Mr. Gao are saying.

If you want to probe us on how this started and what was our role in managing the initial spread you best first conduct an inquiry into [Trump’s] presidential culpability for the delay and the concomitant loss of perhaps tens of thousands of lives.

Beijing has rejected the proposal for an international task force to investigate the origin and initial spread of the disease with complete access to all data in Wuhan.

That speaks for itself.

After the lovefest in late March when Xi and Trump discovered how much they need each other now the Chinese see the US president is changing his tune and turning the tables.

Beijing will not play his game.

It has decided to hit back hard at any presidential anti-China declarations and to publicly hold Trump personally accountable for what is going on in America.

In that sense Trump will have two opponents in the 2020 presidential race, but that alone should be enough to make him reconsider and patch things up with Beijing.

America’s most important international relationship cannot be allowed to fall prey to his savage instinct for political survival, his unquenchable will to power.

We now know without the necessary precautions the global village can clearly be exploited to pose a threat to national democracies. We have seen it again and again.

That means we must all be vigilant in making sure we have the real facts at our disposal in order to intelligently have the last word, as the constitution mandates.

The abolition of the electoral college – a scheme concocted by the otherwise brilliant founding fathers of America who ere steeped in Greek and Roman history and who detested a decisive role of the vox populi for fear of ochlocracy – would be a very nice beginning.