Mitsotakis to meet Trump in shadow of Middle East mayhem

Mitsotakis’ key argument in seeking clear and public US support for Athens (including the area of defence) is that Greece is the sole anchor of stability in a volatile region. 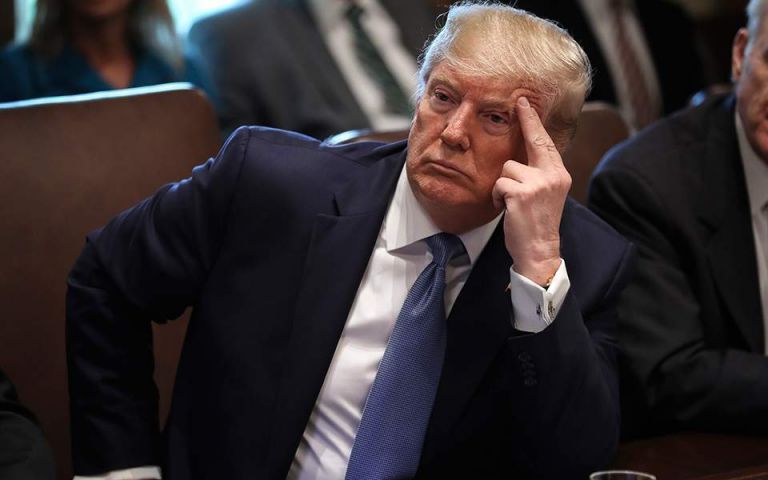 Prime Minister Kyriakos Mitsotakis has long been preparing for his 7 January meeting with US President Donald Trump and is as past Greek leaders pinning his hopes on a clear statement of US support for the inviolability of regional countries’ land and maritime borders which Turkey is disputing in the case of Greece and Cyprus.

The meeting comes straight on the heels of the killing of top Iranian GeneralQasem Soleimani which was ordered by the US President who is now preoccupied with the huge backlash and Iranian vows of revenge.

It would be expected that Mitsotakis will attempt to forge a friendly rapport with the US Trump who puts great stock in inter-personal relations with other leaders, a difficult task given Trump’s close embrace of and unflinching support for Turkish Predident Recep Tayyip Erdogan, often setting aside the opposition of the State Department and Department of Defense

The two leaders are expected to surely discuss the volatile situation created by Turkey in the Aegean and Eastern Mediterranean, where US energy giant ExxonMobil has acquired drilling rights in Cyprus’ Exclusive Economic Zone as have French and Italian companies.

Another key issue is the Turkey-Libya agreements on delimiting their EEZ’s which do not meet (Ankara has cut into large swathes of Greece’s EEZ including the area around the large island of Crete to stitch together the Turkish and Libyan EEZs) and Erdogan’s efforts to create a military foothold in Libya based on a bilateral defence pact.

The State Department, the EU, and Russia as well as Arabs states have condemned any Turkish intervention in Libya.

A Turkish presence in Libya is widely viewed as a particularly destabilising move for the entire region.

In that regard one of Mitsotakis’ key argument in seeking clear and public US support for Athens (including the area of defence) is that Greece is the sole anchor of stability in a volatile region.

The US and Greece have developed the closest ties (including offering a number of bases and defence facilities) in decades under the previous government and Mitsotakis is clearly continuing on that course.

Meeting with US Senate leaders

Just before his meeting with Trump the PM will meet with the members of the powerful Committee on Foreign Relations.

He will also attend a reception organised by US Vice President and Secretary of State Mike Pompeo.

Finally, the PM will meet with members of Greek-American community.

He will visit Tarpon Springs, Florida, home of the earliest Greek community in America dating to the 1880s, for the religious ceremony of the epiphany.