Editorial: From the ‘Chicago boys’ to the ‘Texas boys’ 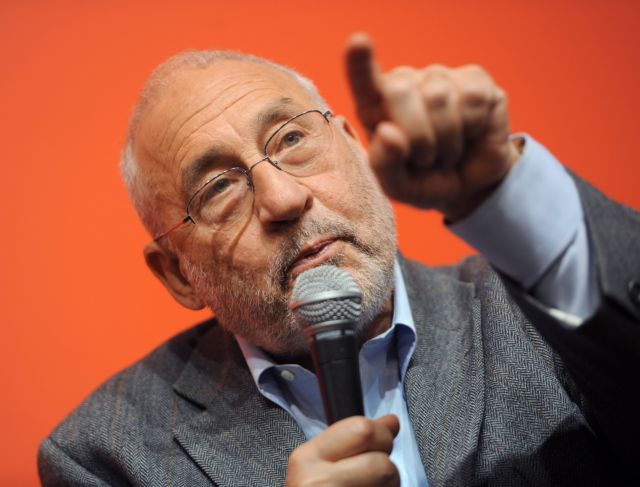 Ta Nea on 9 November published an interview with American economist and Nobel Prize winner Joseph Stiglitz in which he essentially admitted that he and a team of his colleagues from the University of Texas in 2015 were working on a plan for Greece to return to the drachma and leave the eurozone.

He viewed this prospect as an attractive solution for Greece’s economic problems.

According to Stiglitz Greece remaining in the eurozone could not be a success in terms of returning to prosperity. He believes that there was a very serious prospect that, “If Greece had left the euro, restructured its debt, and devalued its currency it would have gone through a very difficult period but it would have ensured prosperity today. We cannot know, but the country paid a great price to remain in the euro.”

Last Sunday, To Vima published an open letter to Stiglitz written by former finance minister and professor of economics Nikos Christodoulakis with the title “The frivolous Mr. Stiglitz”.

In it the former minister raises a host of issues relating to ethics, politics, economics, and national independence and went as far as to compare the argument of Stiglitz and the Texas School to the example of the activity of the Chicago School in the 1970’s.

He compared the “democratic experiment” of the Texas School to the “neo-liberal” experiment of the Chicago School in Santiago – Texas boys versus Chicago boys.

Mr. Stiglitz’ admission that he and the team of Texas University professors attempted to organise and impose conspiratorially a plan to change Greece’s currency, contrary to the will of politicians, monetary authorities, the President of the Republic, and the Bank of Greece constitutes a major intervention in the domestic affairs of a country.

By all appearances this was attempted more than once. What Christodoulakis did not write is that in 2009 Stiglitz was an advisor to then PM George Papandreou after he won the election that year.

Mr. Papandreou’s after-midnight teleconferences with Mr. Stiglitz on the fortunes of Greece are legendary and it seems that since then Stiglitz was an ardent supporter of the involvement of the IMF in Greek economic affairs. He also supported an effort to dissolve the eurozone using a weak and embattled Greece which was struggling with the debt crisis as a vehicle.

It was obviously at that stage that the vice-president of the European Central Bank Lucas Papademos traveled urgently to Athens to see Mr. Papandreou and to persuade him to avoid at all costs the involvement of the IMF in Greek affairs. He said that all possibilities for an exclusively European solution must be exhausted.

It is the responsibility and duty of all involved to completely reveal the truth and the role of central figures during that period which plunged Greece into a crisis that lasted over a decade.

Mr. Stiglitz also has a duty to answer how an internationally renowned economist who is otherwise democratic participated in a conspiracy at the expense of an independent country and an entire people.