As an associate of the PM stated, ‘Everone does not perform equally well. Some apples have indeed proven rotten.’ The PM’s office is in the process of evaluating the work of ministers unjustifiable irregularities, dysfunctions, and delays. 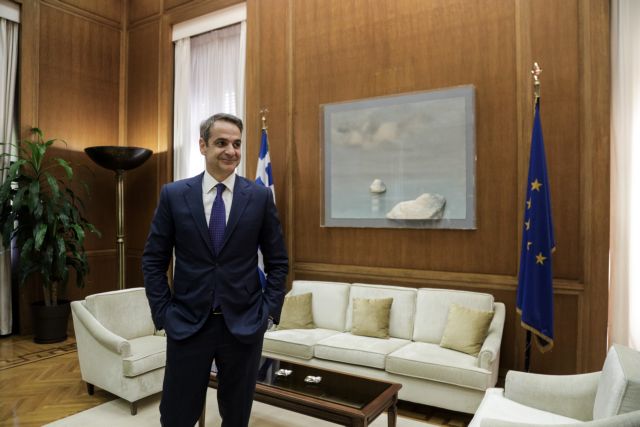 The new government which was elected on 7 July has been in office for five months and by all accounts has done substantial work.

Upon assuming its responsibilities from the first moment it moved swiftly, fashioned a modern model of governanace, took taxation and other measures, passed a new development law, addressed the PPC crisis, laid the foundations for the resolution of chronic problems in the areas of security and migration, supported changes, and set ambitious reform targets for the entirety of its four-year term.

It also also allowed the PM to move with greater ease abroad and seek a better stance from European partners and leaders of third countries who now view Greece from a different vantage point.

That was demonstrated during the PM’s important visits to Germany, France, The Netherlands, and most recently China.

The truth is, however, that everything did not proceed perfectly.

The government was taken by surprise by the summer’s strong migrant flow and was confronted by ever more aggressive Turkish demands in the Aegean and Cyprus.

The government was concerned by the stance of great powers toward Turkey and at the same time was pressured by the inability of certain ministers and deputy ministers to act with the necessary swiftness and effectiveness that the circumstances required.

At the moment, the PM’s office is in the process of evaluating the work of ministers and deputy ministers and unjustifiable irregularities, dysfunctions, and delays have already been noted.

As an associate of the PM stated, “Everyone does not perform equally well. Some apples have indeed proven rotten.”

During the government’s tenure so far one has observed specific weaknesses and incidents of a lack of communication.

There are ministries in which directors and subordinates do not even speak to each other. There are hidden tensions and cases in which government cadres cannot keep up with the pace and targets of the government.

Certain ministers truly stand out for their initiatives and daring while others are unable to deal with the complexity of the portfolio that they have assumed. Some delay dramatically and others communicate impudently without having anything to say.

Certain deputy ministers are not aligned with the government’s efforts and do not coordinate with their ministers. They spend their time doing favours for their voters.

The streamlined state which the PM introduced has adequate tools and credible mechanisms of evaluation. The electronic system “Together” was established precisely in order to monitor and evaluate the government’s work. It is designed to pinpoint dysfunctions and delays and to reveal those responsible.

It is up to the PM to decide how he will use it. He will decide whether and when he will proceed with changes in the government.

What is certain is that there are rotten apples in the government’s garden.

It would be well to root them out in a timely manner.