Editorial: From the diplomacy of the “sons-in-law” to chaos

Α stance and behaviour without principles and rules that reflects the interests of each president appears absolutely problematical. 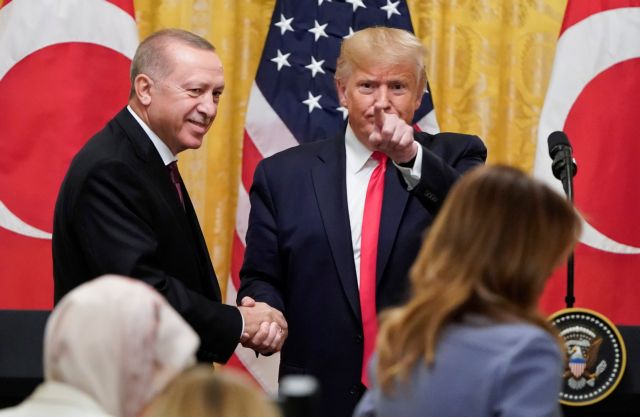 There has been plenty of bargaining in this era of instability and geopolitical shifts.

A characteristic example is the “diplomacy of the sons-in-law”, an apt description of the “trade” between Trump and Erdogan covering everyone and everything in violation of the norms that prevailed on the international stage in previous years.

That peaked in Trump’s decision to block the resolution of the House of Representatives recognising the Armenian genocide simply because Trump bargained with Erdogan over Turkey’s purchase of F-35 fighter jets and the missile system.

These peculiar family bargains are largely supplanting the old, collapsing post-war constants of alliances and spheres of influence, doing away with any sense of international order and justice and any sense of morality and trust in international conventions.

A new world bereft of principles is emerging from the atmosphere of collapse of post-war norms and nothing seems able to block it.

The change is constant and evolving.

It began with the collapse of the Soviet Union and the Warsaw Pact 30 years ago.

The US which was then the only remaining superpower was inspired by globalisation as a replacement of the Cold War and by Francis Fukuyama’s book The end of history.

For three decades the US defended, supported, and fought for the free movement of capital, products, and people. When globalisation was fully established it abandoned it simply because it felt that it is not benefiting it as much as it expected and that others were profiting more.

This stance and behaviour without principles and rules that reflects the interests of each president appears absolutely problematical.

That is simply because it encourages comparable arbitrary and authoritarian leaderships around the world and can only guarantee the coming chaos.

The “diplomacy of the sons-in-law”, which is to say a familial management of international affairs, is a harbinger of chaos.

Because it is faced with one of the expressions of the “diplomacy of sons-in-law”, Greece is obliged to be exceptionally careful and to take measures that will ensure security.