Yesterday, Tsipras threatened that he too as the basic protagonist in that period may decide to speak out at some point and reveal the true facts and the individuals involved. 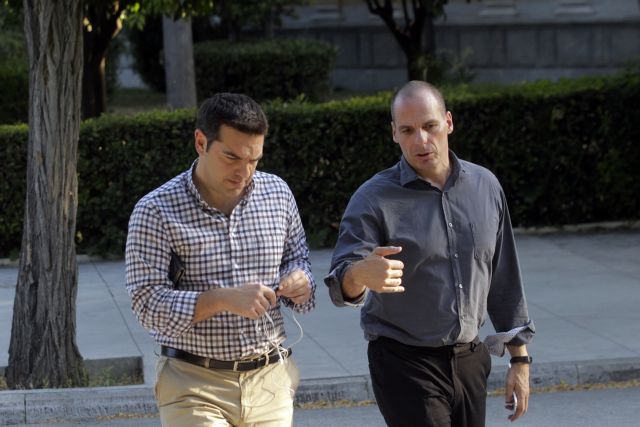 Half-hearted talk about the need for there to be self-criticism within Syriza is rampant, but it seems that it will be difficult to launch a substantial dialogue about how that government led the country to third, painful bailout memorandum.

Much has been written and said of the dramatic first six months with SYRIZA in power, about the responsibilities of the protagonists and the repercussions on Greek citizens.

The film of famed director Costa Gavra based on ex-finance minister Yanis Varoufakis’ book, along with fresh revelations, has led to a public debate on that period wich does not appear to suit SYRIZA’s leadership.

Yesterday, Tsipras threatened that he too as the basic protagonist in that period may decide to speak out at some point and reveal the true facts and the individuals involved.

The problem for the PM is that he was not only presiding in that dramatic period – he bore primary responsibility for the events and his cabinet appointments and for his self-confessed self-deceptions which brought the country to the brink of disaster.

The perpetually narcissistic Varoufakis was not alone in blackmailing (as he thought) EU leaders.

Tsipras’ ministers and perhaps even he himself were calling on Putin in order to print drachmas in Russia to replace the euro.

Tsipras may name as many people as he wants but he knows that he bears responsibility as with his promises he fooled the electorate into believing he would abolish the bailout memorandum and austerity with a single law.

He reversed course when he came up against a wall and realised that he could not manage a complete collapse of the economy and society, but that does not erase his responsibility.

The facts that Tsipras is threatening to reveal are known as are the many warnings he had received but he ignored them in order to come to power.
Let him speak if he dares but first he should humbly apologise to citizens whom he fooled and are still paying for his errors and self-deceptions.