Editorial: As if the wall has fallen

For the first time in nearly 10 years about 50 percent of those polled approve the direction of economic policy and await an improvement of their own economic situation. 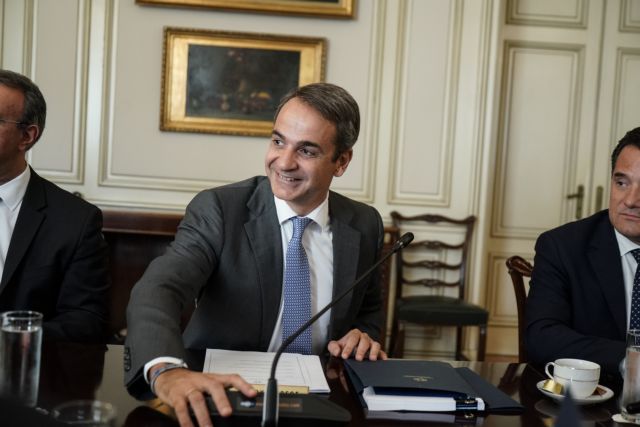 All economic players both within Greece and abroad describe almost enthusiastically the improvement of the business and economic climate after the July general election.

Everywhere one hears only good words about Greece and its economic prospects.

Citizens have also been imbued with a sense of optimism, as many post-electoral polls have demonstrated.

For the first time in nearly 10 years about 50 percent of those polled approve the direction of economic policy and await an improvement of their own economic situation.

Most expect that a change in the conditions will improve the economic atmosphere. They expect an era of creativity and reconstruction.
They fervently desire an escape from the shackles of the crisis.

Some insist that it is necessary to probe what has happened in the country in the last years which brought us to a collapse, not with a punitive disposition but rather with an educative intention.

We must learn as a nation how we have erred in order not to repeat it.
It is as if an oppressive and binding wall has fallen which had kept the country and its citizens blinded by ancient passions and ideological fixations.
here are many who believe that we are in a period of liberation and abandoning counter-productive stereotypes and sterile deceptions.

If this is the case and if the country and its citizens have a sense of liberation and of a release from the illusions of the post-junta era, one can understand the burden borne by the current government.

It is the duty of the prime minister and his close associates to grab this opportunity and exploit to the maximum this climate of optimism and the atmosphere of creativity that appears to be prevailing.

The tolerance is given and the tools are available.

The confluence of events provides funding. The country is democratic and is a member of a union of which many are jealous.

It is institutionally safeguarded and able to provide guarantees to anyone who might choose to trust it and invest.

The same conditions of stabilisation and competitiveness of the economy which were built over the last years with the sacrifices of the Greek people facilitate tremendously the work and efforts of the new government.

It has a firm majority in Parliament and among the people and so there are no apparent obstacles but rather opportunities and capabilities.

The issue now is the adequacy of the governmental plan, and the dedication and persistence in applying it with hard work.

Those who are ruling the country will have no excuse if they diverge from their work and aims, unless they are charmed by the Sirenes and bow to multivarious and counter-productive interests that encircle every new government.