Despite the positive evaluations and prospects, an FT piece notes that unfortunately for Greece the emerging recovery is beginning at a time that clouds are gathering over the global economy. 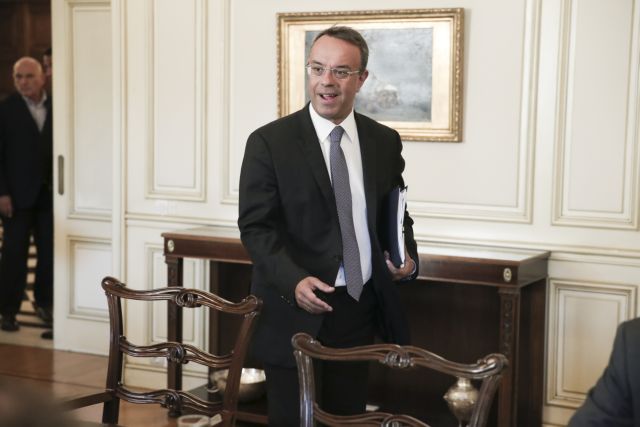 Although the domestic political scene may be preoccupied with the Novartis scandal, the government’s top priority is clearly placing the country back on the international investment map and exploiting the positive climate that has emerged.

There is an interest on the part of investors as was demonstrated by Finance Minister Christos Staikoura’s presentation to investors in London, even as the Financial Times published an opinion piece entitled “There are reasons for moderate optimism about Greece”.

Yet, despite the positive evaluations and prospects, the FT piece notes that unfortunately for Greece the emerging recovery is beginning at a time that clouds are gathering over the global economy.

Just yesterday an OECD report notes the prospect of a slowdown of the global economy with a decline to the lowest levels since the 2008 crisis.

The report states that growth rates were revised downwards in almost all G20 countries for 2019 and 2020, especially those that are exposed to a drop in global trade and investment. It also underlines that an escalation in trade tensions is undermining economic trust ever more and aggravating existing insecurity.

The positive thing for Greece is that despite international uncertainty the markets are continuing to show trust in the prospects of the Greek economy.

Greek bonds have a record low spread. Businesses that are seeking capital from abroad such as OTE recently are obtaining it easily and with low interest rates, and there is still an interest on the part of investors.

This positive momentum should not be lost and must be exploited as much as possible.

The measures that the government has offered -limiting bureaucratic red tape, streamlining the legal framework, and swift approvals of business plans – must be implemented as soon as possible.

Experience has shown that it is not enough for Parliament to pass a bill into law for it to be implemented. It requires constant efforts and monitoring by the competent officials.

Ministers and officials should limit their media appearances and statement and focus on hammering out and implementing substantial policies.