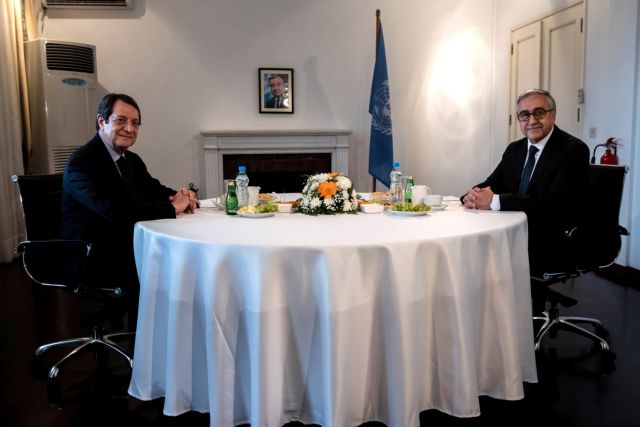 The prospects for the scheduled 9 August meeting between Cypriot President Nicos Anastasiades and Turkish-Cypriot leader Mustafa Akinci are hardly optimistic.

Akinci heads the Turkish occupation regime in Turkish-occupied northern Cyprus, but his ΅foreign minister» Kudret Ozersay is believed to be the par excellence representative of Ankara’s hard-line stance in the Turkish-occupied territories and he has reportedly begun an effort with ‘experts’ to register all real estate and moveable property in the fenced-off ghost city.

Mr. Akinci has to a significant extent been supplanted by his «foreign minister” (only Ankara recognises the regime in the Turkish-occupied North) in recent weeks. That could render negotiations even more difficult and complicated.

From the time of its July and August, 1974, invasions of the island Turkey intended to use the return of Varosha to secure a settlement favourable for Ankara.

This was known a priori by the key international players who acquiesced (if they did not urge) to the partition of Cyprus.

The hope now is that the August 9 talks between Anastasiades and Akinci will reflect a mutual interest in jump-starting settlement talks, according to a Republic of Cyprus official who spoke to the state-run Cyprus New Agency (CNA) on condition of anonymity.

If that is the case, the special envoy of UN Secretary-General Antonio Guterres, Jane Hall Lute, is expected to get the two sides to agree to points of reference and open the way for a new round of talks.

The UN since 1974 but also in the early 1960’s has coordinated Cyprus talks exclusively and the Republic of Cyprus has never accepted any other arrangement, and that includes Ankara’s demand for direct talks on Cyprus’ large offshore gas and oil resources.

During the 9 August talks Anastasiades is expected to focus on Turkey’s illegal drilling in Cyprus’ EEZ, which has drawn sanctions from the EU and the ire of the US, and Ozersay’s talk of changing the status of Famagusta

.During his talks with all Cypriot party leaders on 5 August Anastasiades said he will create a sub-committee to brief the Turkish-Cypriots on the Republic of Cyprus’ energy plans.

Anastasiades will also propose a joint Greek-Cypriot and Turkish-Cypriot commission on the future of Famagusta.
If talks and contacts between the two parties and with Lute go well President Anastasiades and Akinci are expected to hp;d talks with UN Secretary-General Guterres in September on the sidelines of the UN General Assembly.