The three-day debate which began on 20 July will end tonight with the final speeches of all parliamentary party leaders and the confidence vote. 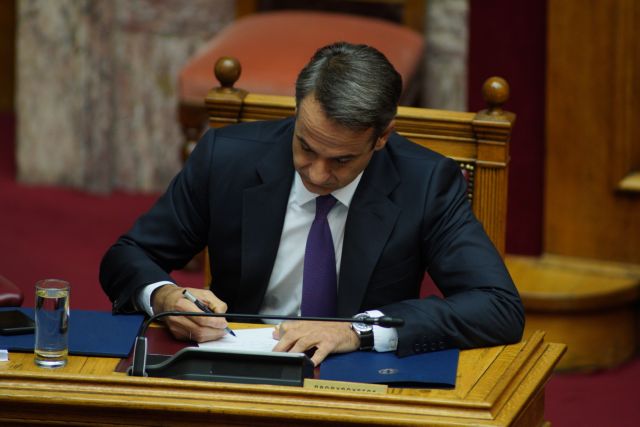 In his final address to Parliament before his government receives the constitutionally mandated vote of confidence tonight, Prime Minister Kyriakos Mitsotakis is expected to make key announcements about disaster relief for fire-ravaged Mati, improvements in the arrangement for payment of delinquent taxes in 120 instalments, and measures to transcend problems caused by the proportional representation system introduced by SYRIZA in municipal government.

The three-day debate which began on 20 July will end tonight with the final speeches of all parliamentary party leaders and the confidence vote.

According to One Channel, Mitsotakis in his second and final address before the vote of confidence, on the eve of the first anniversary of the Mati wildfire which claimed 102 lives, will announce relief measures for residents of the fire-ravaged town and plans for reconstruction of the area.

Mitsotakis is also expcted to announce the first three draft laws that his government will table in Parliament by 10 August.

The first is a bill designed to streamline the state and cut bureaucratic red tape.

The second is a bill lowering the ENFIA real estate tax and improving the terms of the 120-instalment scheme for the payment of delinquent taxes.

The third piece of draft legislation aims to facilitate the achievement of majorities on city councils nationwide after SYRIZA’s law establishing proportional representation in local elections.

Finally, the PM will detail his government’s plan for the abolition of university asylum.