Lekkas replies to SYRIZA MP: The Aegean is a sacred place for Greece

‘We are not speaking about the Aegean but about a unified Aegean space that includes the sea, the islands, and the seabed. We are dealing with a unified space that that has an internationally unique feature,’ the geology professor said. 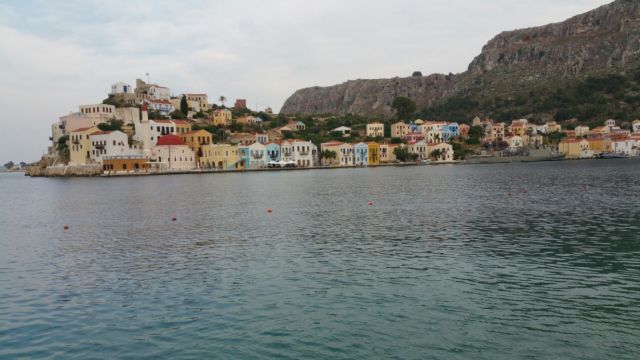 The head of Greece’s Earthquake Planning and Protection Organisation (EPPO), Geology Professor Efthimios Lekkas, responded to the assertion of SYRIZA MP Yannis Tsironis that the island of Kastelorizo is “as Greek as can be” but is “not in the Aegean Sea” but rather in the Eastern Mediterranean.

“The Aegean is a sacred place for Greece. No one can carve it up and distribute it by saying this is within or outside its limits,” Lekkas said, denouncing Tsironis’ statement, which the MP later revised.

Lekkas said that those who do not know should not address issues that they do not understand, “because it is a blunder that gives fodder to our neighbours [Turkey] in pressing their claims”.

“We are not speaking about the Aegean but about a unified Aegean space that includes the sea, the islands, and the seabed. We are dealing with a unified space that that has an internationally unique feature. It was home to our ancestors, and due to its advantages – the islands, rock formations, and volcanoes – it was the home of the development of Greek civilisation,” Lekkas said.

Asked why he reacted intensely to Tsironis’ statement Lekkas said, “I could say that it is because we are Greeks and it is scientifically correct and documented. The main reason for me is that I am a university professor. Greek academics should come out of their offices.”

A former member of the Green party, Tsironis is not on the best terms with his party, as he decided to run in the Athens Mayoral race as an independent, against Syriza’s candidate, Nasos Iliopoulos.

After the political uproar, Tsironis did an about-face and essentially retracted his initial statement.

“I never said that Kastelorizo is not part of the Aegean. We were discussing the location of Kastelorizo and how important it is to our interests. I tried to explain that because Kastelorizo is south of Turkey, it establishes Greek interests in a region that is only 140 miles from Cyprus. The discussion was of a geographical nature,” the MP told Ant1 television.

He stressed that such statements undermine the basic elements of Greek foreign policy.

“Mr. Tsironis made an inconceivable statement. He cannot address issues that he does not know in depth and cannot make such easy assertions. One cannot divide up the national island complex into islands of the Aegean and islands of the Eastern Mediterranean,” Koumoutsakos said.