Competent Health Ministry officials publicly and unreservedly propagandised the Onassis Foundation’s plans to expand its presence in the healthcare sector. 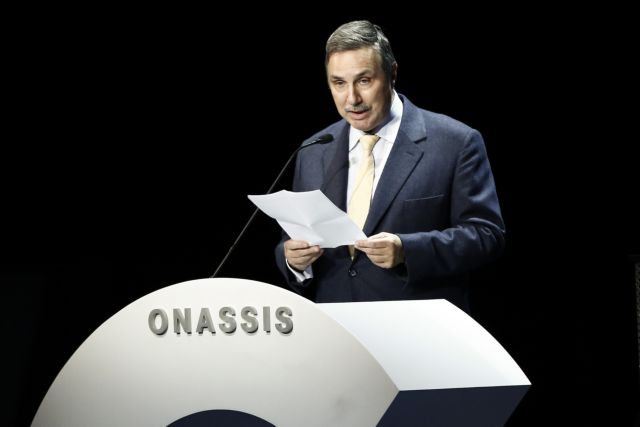 The draft legislation was signed by Finance Minister Euclid Tsakalotos and Deputy Minister Ekaterini Papanatsiou.
As is the government’s wont, the amendment it tabled was totally unrelated to the bill to which it was attached and was very specific and tailor-made.

It provided for the exemption of the Onassis Foundation and enterprises associated with it from the Special Real Estate Tax which represents 15 percent of the tax valuation of the property and which was provided for in Article 15 of law 3091 of 2002.

The lawmaker was especially generous to the charitable Foundation that is headquartered in Liechtenstein and the exemption was made to apply retroactively from 1 January, 2013!

That means that the Onassis Foundation will be exempted from paying that particular tax, which applies to all foundations that are active domestically but headquartered abroad.

As if that were not enough, between three and five million euros in taxes already paid will be refunded to the Foundation at a time when the bank accounts of economically challenged delinquent taxpayers are being seized and their safe deposit boxes are being opened.

The exemption applies to no other foundation that has its headquarters abroad so obviously it has been offered exceptionally to the Onassis Foundation.

Beyond any doubt the amendment and the act itself is a gift that underscores the ties and relations between Foundation’s officials and the left-wing government, which boasts that it is battling vested interests and corruption and that it is defending the interests of the people through a redistribution of wealth to the poor.

That is also confirmed by the fact that the government had publicly backed the acquisition of the Henry Dunant Hospital Centre (Errikos Dynan) by the Onassis Foundation with extraordinarily favourable terms. However, the deal was scuttled by Piraeus Bank, which would not accept a sale price below the value of the hospital’s debt to the bank.

We all recall competent Health Ministry officials publicly and unreservedly propagandising the Foundation’s plans to expand its presence in the healthcare sector.

The beneficence of the government towards the Foundation is a given, as are the ties between top government members and those running the Foundation, who for their part managed over the years to ostracise all those who had historic ties to Aristotle Onassis and to declare themselves monarchical rulers of a vast fortune that was created by others.

What enrages one is that this generous gift is being unabashedly offered in a time of great economic recession and amidst a harsh chasing down of other taxpayers.

Citizens who find themselves in an economic bind are personally humiliated by tax authorities to get them to pay their delinquent taxes, even as the wealthy “friends” and potential funders of the government are being offered gifts and favours.

In this way justice is sacrificed, confidence vanishes, and the crisis is perpetuated.

In order to counterbalance this patent injustice, those in power hand out paltry benefits to the poorer and weaker classes so as to make peace with their conscience.

This is the stuff of which negative stereotypes about politicians and politics are made.

Gifts for our rich friends and consolation prizes for the poor, as the popular saying goes.