Editorial: Opportunistic games with the Constitution

Polarisation, the decadent phenomena of MPs switching parties, and the general climate of suspicion may once again lead to a deficient and ineffective constitutional revision. 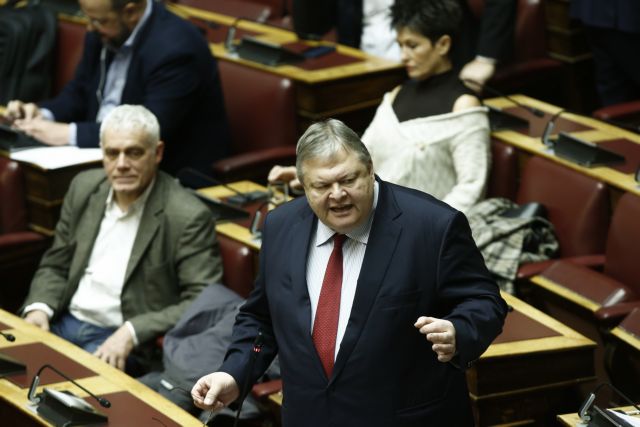 Amending the Constitution, the basic law of the state, is supposed to be an exalted democratic process which mandates at least fundamental communication and consensus.

That is all the more true today, after a ten-year crisis that highlighted the ills of the political system, glaring deficiencies in the meting out of justice, and countless dysfunctions in public administration.

Obviously, the Constitution alone cannot solve the country’s problems. Still, the changes that are viewed as necessary by almost the entire political spectrum should have produced at least a climate of basic consensual procedures.

Instead, once again we see endless skirmishes over which party will impose its own fleeting and usually petty partisan procedure, which de facto undermines the amendment process.

The governmental majority, which necessarily must take the initiative, refuses consensus on the amendment of articles such as Article 16, which currently prohibits the establishment of non-state universities. That provision has been ripe for amendment for some time, but the majority is attempting to completely control the procedure.

The Constitution provides that the amendment process must be carried out in two phases with a general election in the interim, so that citizens can know and approve the substance of the changes. However, the government insists on pre-determining now the precise content of the amended articles.

A crucial example is the desired dissociation of the election of the President of the Republic by Parliament from the holding of general elections (Parliament must now be dissolved if the requisite majority is not achieved in successive votes).

Everyone agrees on that, but the government wants to impose its own views without taking into account the objections of the opposition. That resulted in a ridiculous situation yesterday, when a minister made remarks to journalists about how the majority will deal with that article, only to deny the statements immediately afterwards.

Unfortunately, the current climate of polarisation, the decadent phenomena of MPs switching parties, and the general climate of suspicion may once again lead to a deficient and ineffective revision.

A climate of constitutional populism, as MP Evangelos Venizelos (photo) has noted, combined with the deep ideological fixations of the majority, may end up torpedoing the entire revision.

The result is that the country may well lose an important opportunity to adjust to the demands of the times by incorporating the lessons of the crisis and taking into account the limitations posed by the country’s participation in a supra-national Union with specific duties and commitments.

With the shenanigans that we are witnessing, there is a clear danger of losing one more decade, because opportunistic choices have superseded national priorities.