(Published on A Centennial Voyage: The History of the Union of Greek Shipowners, 1916-2016 by maritime historian and founder of the Greek Shipping Miracle (www.greekshippingmiracle.org) online maritime museum, George M. Foustanos) 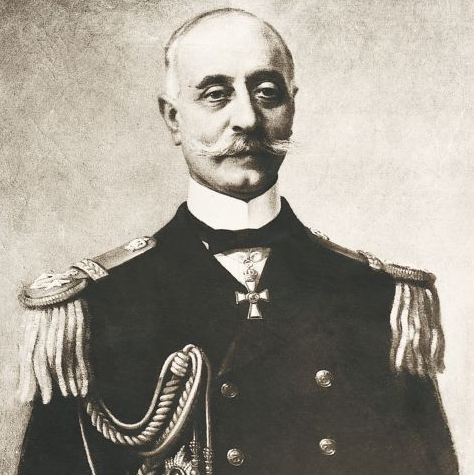 (Published on A Centennial Voyage: The History of the Union of Greek Shipowners, 1916-2016 by maritime historian and founder of the Greek Shipping Miracle (www.greekshippingmiracle.org) online maritime museum, George M. Foustanos)

“There is nothing more unfair than blaming the admittedly great problems that we are all experiencing on this or that class of Greek entrepreneurs. The greater cause is one against which there is nothing of any consequence that we can do: the war. … Greek shipping has not contributed to these hard circumstances. On the contrary, I can assure you that it has done its best to alleviate them. …

Having Greek steamers available meant that there were plenty of ships at our disposal for transporting necessary goods from abroad. Would this have been possible if no ships had been available? Very unlikely. Yet, even if it had been possible, we would be forced to pay incomparably more for steamers under foreign flags than for our own. … And there are additional advantages for Greece in having a sufficient number of Greek-owned steamers. Shipowners have agreed with the government committee tasked with procuring wheat to transport it by Greek steamers at a rate 15 per cent lower than going rates. Is this a small matter?

How then can we be satisfied with other Greek industries, when we purchase their products at prices 10, 20, even 50 per cent higher than the asking price for the same, or even better products from leading international industries, while complaining against Greek shipping, an industry that provides its services to the country at prices much lower than those offered by any foreign-flag shipping? In other words, although our shipping is the only Greek industry to which the Greek society should be grateful, we complain against it. But we must also take into account something else, if we want to be fair in our judgment. When we consider any national industry, it is appropriate to examine also how it developed and how it is maintained. In other words, if it owes us anything for its establishment and current funding. Again, our shipping, alone of all industries, has been established and operates without asking for, or receiving, any state support. Its growth speaks volumes of the Greek genius and daring, and is highly beneficial to the nation without costing the state a single drachma.

… Without shipping, I know not how our military transport would have been possible in recent wars. Without shipping, I cannot begin to describe what Greece’s hardship would have been since the European war broke out. This is why I do not hesitate to suggest that we must all regard Greek shipping as one of our most valuable forces and, when we speak of it, even if it is found to be at fault, we ought to speak of it with great thoughtfulness and respect.

Nevertheless, we speak ill of Greek shipowners, whereas they should be honoured above all other Greek entrepreneurs, for they are the creators of a most valuable national treasure, the Merchant Marine, which is by three quarters the product of Greek captains – that is, the product of purely personal work.

Shipowners have amassed their riches abroad. Thanks to their daring initiative, they alone of all Greeks have created a way of tapping into global wealth. By more than 90 per cent, the cargo steamships of this great Greek industry are chartered by foreign countries, from which they reap large returns. Is this harmful for the nation?”