Moscovi said that the new fiscal supervision scheme must monitor the implementation of agreed upon reforms, but should not look like a fourth fiscal adjustment programme 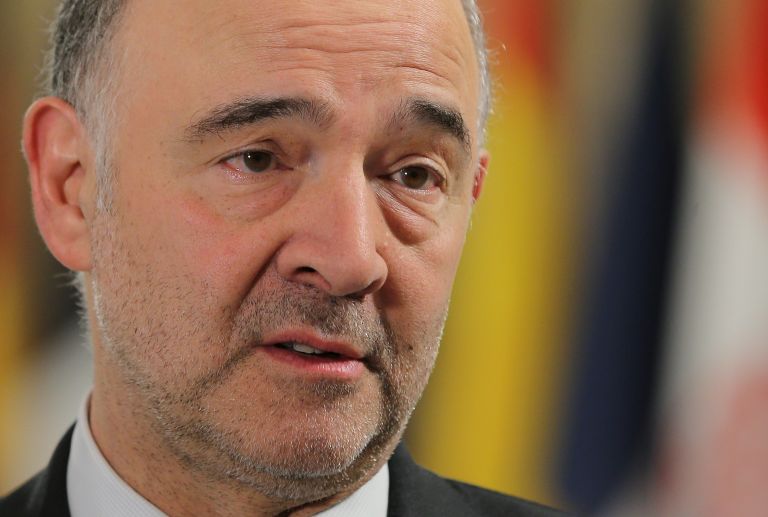 The European Commision’s Economic and Financial Affairs Commissioner, Pierre Moscovici, called for a swift decision on the Greece’s post-bailout framework of fiscal supervision, ahead of today’s Eurogroup meeting in Sofia, Bulgaria.

Moscovi said that the new fiscal supervision scheme must monitor the implementation of agreed upon reforms, but should not look like a fourth fiscal adjustment programme

Moscovici underlined the need for a credible development strategy, even as Finance Minister Euclid Tsakalotos prepared to outline to his eurozone colleagues Athens’ draft growth plan.

Regarding the successful completion of the current adjustment programme in August, Moscovici said that when there is a will there is a way, and he expressed confidence that Athens’ progress in implementing reforms will be made evident today.

The Commissioner praised the level of the 2017 primary surplus, which was over four percent, more than double the initial target, adding that creditors can return to Athens quickly to finish up the fourth and last bailout implementation evaluation.

Eurogroup President Mario Centeno noted that today’s meeting will focus on measures needed to complete the programme, and he expressed satisfaction over Greece’s most recent fiscal data.

Like other European officials, Centeno stressed that Greece must have ownership of its own economic development programme, as that would best ensure implementation and domestic support.
Centeno said that the representatives of Greece’s creditors will brief finance ministers today on progress in implementation of the current programme.