Eurogroup President Mario Centeno said that there was a productive discussion about Greece, which included the type of enhanced supervision that the European Commission has recommended for Athens. 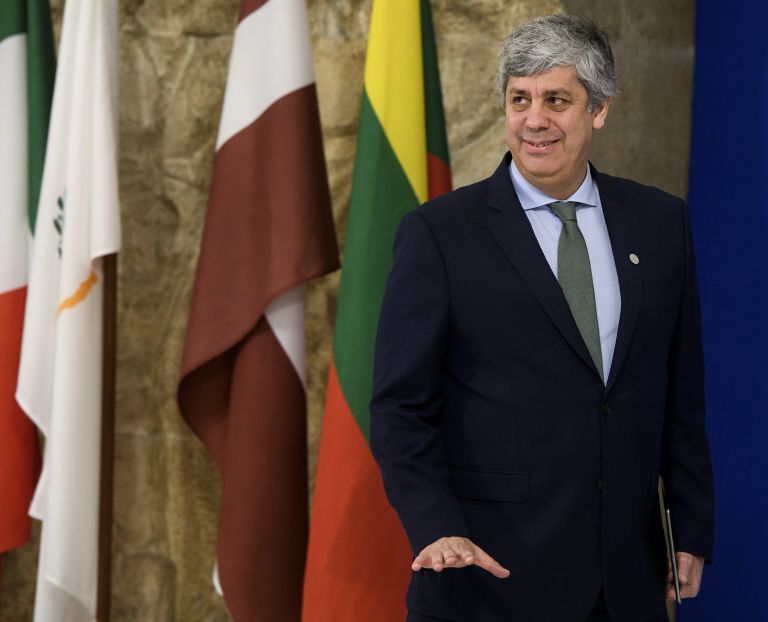 Eurogroup President Mario Centeno announced after an informal meeting of eurozone finance ministers in Sofia, Bulgaria that the decisions on debt relief for Greece will come after the completion of the current fiscal adjustment programme, which Athens is due to exit formally in August.

The debt relief issue was not even discussed in any detail at the informal Eurogroup, though the IMF has made a viable debt deal the key precondition for its continued involvement in the Greek programme.

With the return of the representatives of Greece’s creditors to Athens on 14 May, the Greek bailout programme is entering the final stretch, and there are still many preconditions to be met in order to complete the programme.

It is hoped that a staff-level agreement between the two sides will be reached, with the completion of all 88 preconditions, by the 24 May Eurogroup.

Centeno said that there was a productive discussion about Greece, which included the type of enhanced supervision that the European Commission has recommended for Athens.

The officials from the lending institutions briefed the Eurogroup on the fourth, ongoing evaluation and noted that the Greek government remains fully committed to fulfilling the bailout programme’s requirements.
Home-grown Greek growth plan”

Centeno said that the Greek growth plan presented by Finance Minister Euclid Tsakalotos is an indication of Greece’s determination to continue the path of reform after August and that Athens acknowledges “ownership” of the plan.

There did not appear to be any substantial discussion of the outline of the plan that Tsakalotos reportedly presented.
Main opposition New Democracy has lambasted the government for not sharing details of the plan and not bringing it to parliament for debate.

There was discussion, however, of how the Eurogroup might help Athens continued path of reform.
Economic and Financial Affairs Commissioner Pierre Moscovici spoke of a clear, post-bailout supervisory mechanism, to ensure implementation of reforms and sound fiscal policy.