Irene Fyssa: “Golden Dawn should have responded with songs” 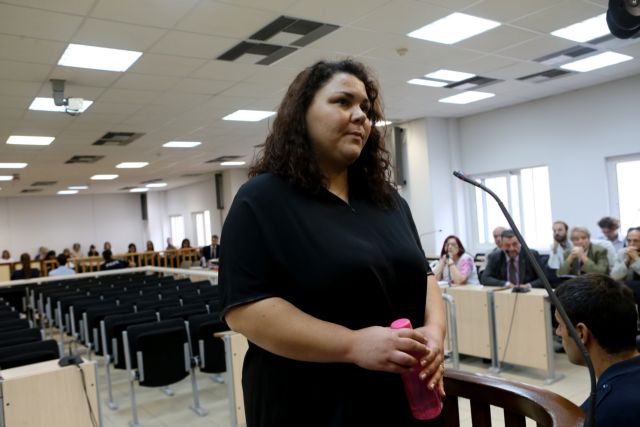 The sister of murdered anti-fascist activist rapper Pavlos Fyssas, Irene Fyssa, appeared in court today where she testified in the Golden Dawn trial.

Fyssa told the court that she was not present for the murder of her brother and was informed by her father. All she remembered from that evening was that her brother went to see a football match and never returned home.

Asked by the defense if she believed her brother to have been targeted by Golden Dawn, Fyssa responded that appears to be the case, based on what has been discussed and revealed in court.

She later noted that Fyssas “wrote songs, he did not kill; he wrote about freedom, about love”. When the defense attorney questioned her on the anti-fascist themes of his songs, Fyssa replied “they could have responded with songs”.