Karatzaferis claims that his new party will be ‘eurosceptic’ 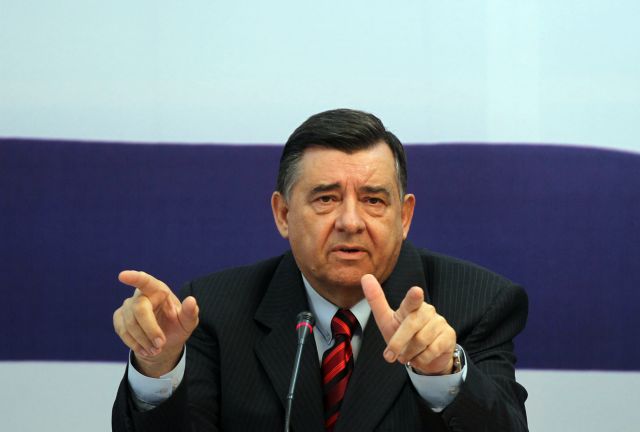 One of the many names considered for the new right-wing party that is being set up by Giorgos Karatzaferis is “ETHNOS”, but nothing has yet been decided.

In an interview on ANT1, the leader of LAOS confirmed that Takis Baltakos, the close associate of former PM Antonis Samaras who sparked controversy over his talks with neo-Nazi party Golden Dawn, will be a “party playmaker” for establishing contacts.

When further pressed, Mr. Karatzaferis denied that the new party would be “far right”, but at the same time he admitted that his aim is to attract voters from Golden Dawn.

According to Mr. Karatzaferis, the new party will be “eurosceptic” and claimed that talks have been initiated with New Democracy MPs and former Ministers in the Samaras government who are reportedly ‘disappointed’ by new party leader Kyriakos Mitsotakis and his turn to centrist politics.