Fin.Min.: We are looking for new “lines of defense” in Europe to support households and businesses

In the face of this grim situation, the government is trying to find effective tools to mitigate, as far as possible, the impact on the economy as a whole. 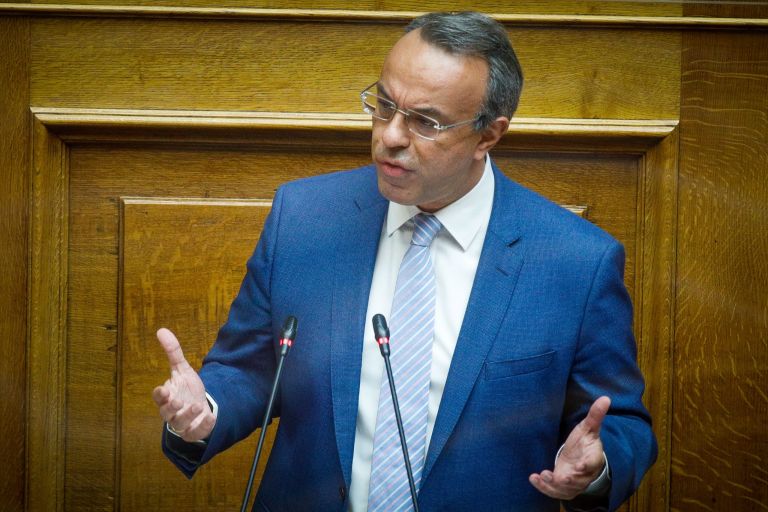 The consequences of the war in Ukraine are particularly painful for the Greek economy, exacerbating an already negative climate on the inflation front, which is negatively affecting households and businesses.

In the face of this grim situation, the government is trying to find effective tools to mitigate, as far as possible, the impact on the economy as a whole.

The Prime Minister announced, through Alpha TV frequency, the issuance of an “accuracy check” to a significant number of citizens, with the details to be determined within the month, when there will be a better fiscal picture.

At the same time, as the Minister of Finance Christos Staikouras stated to state news agency AMNA, “the Greek government is already doing, and will continue to do, the best possible to reduce the negative consequences of accuracy”

Regarding the performance of the economy, regarding the growth rate announced last Friday at 8.3%, the minister stressed that “the Greek economy, with the publication of data for 2021, showed great resilience and showed strong and sustainable dynamic”. However, he states that all this is “blurred” by the new -global- environment of high uncertainty and insecurity. An environment that requires composure, confidence, prudence and determination. In this environment of increased challenges, with the main feature of the huge increase -mainly- of energy costs, the Greek government is already doing, and will continue to do, the best possible to reduce the negative consequences of accuracy “.

Christos Staikouras states that the government:

It will continue to subsidize electricity and gas bills.
It further reduces ENFIA property tax in order to support the disposable income of the vast majority of citizens, especially the lower income strata.
It will raise, for the 2nd time this year, bravely but realistically, the minimum wage.
In the coming weeks, depending on budget execution and potential fiscal space, it will provide exceptional support to our weak fellow citizens.
Finally, it seeks, at European level, new “lines of defense” for additional support for households and businesses.

The government’s financial staff, however, place great emphasis on EU assistance and joint action against successive waves of inflation. It is no coincidence, however, that Prime Minister Kyriakos Mitsotakis submitted a specific proposal to the Commission, which was accepted for the establishment of a Fund to deal with the energy crisis.

The Prime Minister, in fact, stressed in a recent interview with Alpha tv “we have already submitted proposals for a European line of defense against rising energy prices. I still do not know what form it will take. I believe for sure, however, that we will be able to have the opportunity from Europe to have additional support, because this crisis simply concerns all European countries and not only Greece “.

Finally, it should be noted that government officials state in all tones that there should be calm on all sides because the conditions are special and unprecedented and note that any decisions should be the result of proper analysis and targeted interventions in order to have the maximum possible result.