War in Ukraine: The convoy from Mariupol back on the road to Greece 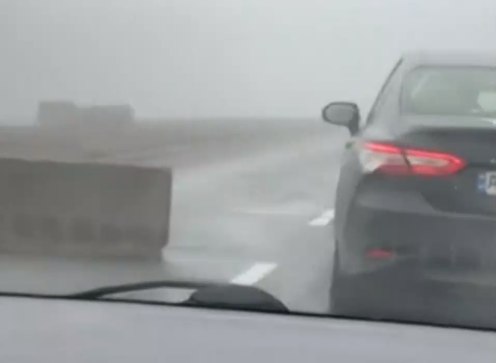 The journey of the Greeks from Mariupol, who spent the night yesterday in Zaporizhia, Ukraine, started before half past nine this morning.

The Greek mission was delayed in starting, as it had difficulty finding fuel.

According to an official announcement of the Ministry of Foreign Affairs, “So far it is OK”. In fact, the same information states that: “Possibly, depending on the circumstances, they may reach Moldova today. But it all depends on conditions.”

The first day of the trip was a nightmare

According to the testimonies of the journalists, the members of the mission spent last night in a hotel in Zaporizhia.

However with the first light of day today, they have started the search for fuel. As we wrote yesterday, Wednesday, refueling is only allowed with 20 liters, which makes it very difficult to return.

Characteristic of the difficulties faced by the Greek delegation is the fact that yesterday for a distance of 200km, the motorcade took seven hours.

Also one of the obstacles they face is the fact that throughout Ukraine there is a curfew from 6 pm to 6 am.

“Snipers were aiming at us”

The first cars of the Greek convoy received warning fire.

“The Russian soldiers were surprised. Most of the people participating in the mission are women and young children. Two of the three routes connecting the east and west bridges had been dismantled. We lived the whole drama of the people who tried to leave from close up,” said in.gr reporter Giannis Charamidis.

As Giannis Charamidis described, “the bursts we received were on a road outside Mariupol and were of a warning nature”.

“A fragment of these bullets hit the wheel of the MEGA car, causing us to stop the convoy and change the tire,” he added, describing the nightmarish moments.