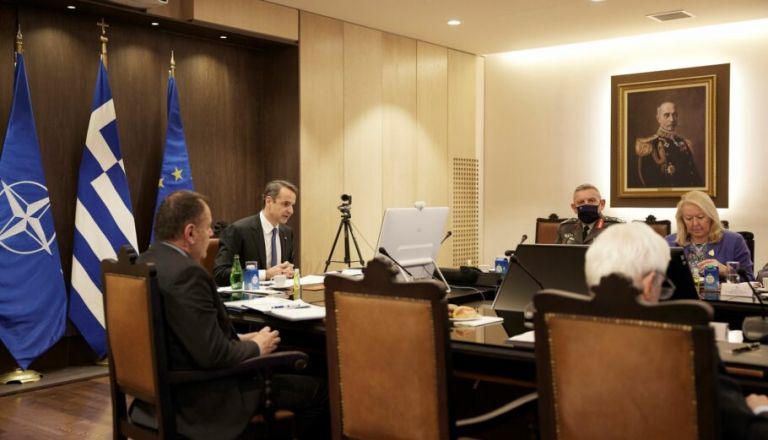 Prime Minister Kyriakos Mitsotakis has decided to send defensive military equipment and humanitarian aid to Ukraine following an emergency meeting that he chaired this morning with Defence Minister Nikos Panagiotopoulos and the Chairman of the Joint Chiefs of Staff, Konstantinos Floros.

The meeting came on the heels of a tense public exchange between the Russian Embassy and the Greek foreign ministry over the death of ten ethnic Greeks in the broader region of Mariupol, home to 91,000 ethnic Greeks.

After being briefed by the military top brass on the situation on the ground in Ukraine, the PM decided that Athens will honour Ukraine’s request for military and humanitarian aid, in concert with its NATO and EU partners, in an act of palpable solidarity with the besieged people of Ukraine.

The military material will be flown to Poland today on two C-130 military transport aircraft.

Sources said that Athens will be sending munitions, Kalashnikovs and missile launchers.

In a separate dispatch, deputy defence secretary Nikos Hardalias will accompany a large shipment of humanitarian aid for Ukraine today.